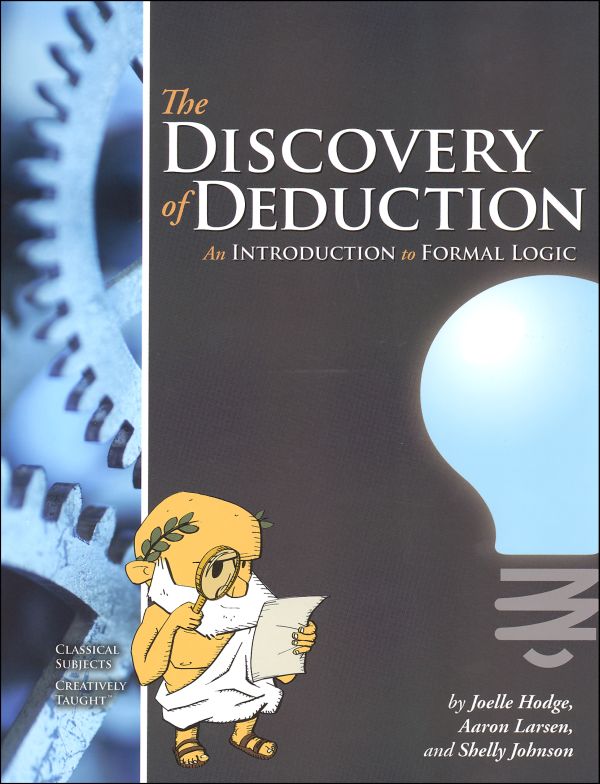 Category Description for Discovery of Deduction:

The "let's get down to formal logic" book in the series, looking at reasoning in the abstract and focusing primarily on deductive reasoning. Through Socratic dialogue, definitional distinctions, and a sort of discussion/response format, the student is led through the study which includes a history of logic, propositions and their relationships, categorical syllogisms, and ends with terms and definitions. Appendices include Venn diagrams of syllogisms as well as an essay on handling religious, moral, and ethical disputes. Both Student and TE include Endnotes and Glossary, and Bibliography. 324 pgs. pb 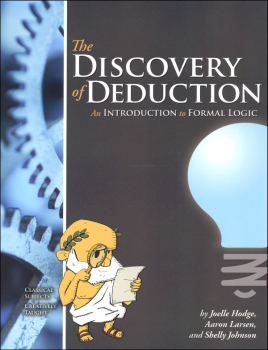