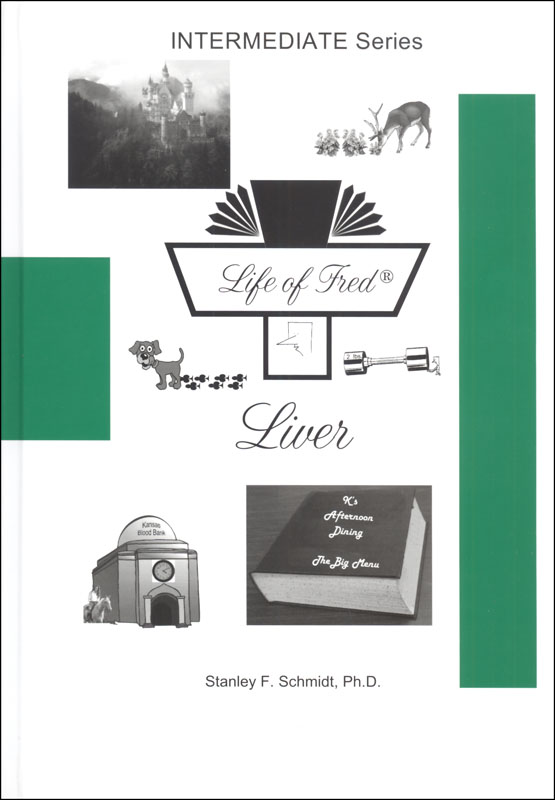 So, what to do after that last dose of Jelly Beans? Head for the Kidneys, Liver and Mineshaft. If your child has completed LOF Elementary and is still under the tender age of ten (Prof. Schmidt recommends NOT beginning LOF Fractions until the fifth grade) three more books have been added to fill the "gap". Also use this series if your 5th or 6th grader wants to switch to LOF and has been using another curriculum. If your child does not yet have a good grasp of addition and subtraction, does not understand the concept of multiplication and division, or is not yet in 4th grade, complete the LOF Elementary series before beginning this one.

As in the Elementary series, each brief chapter (about six pages) is followed by a short set of problems (usually 4-5) called Your Turn to Play. These questions should be written out (NO calculators are allowed) before checking the complete solutions found on the next page. I strongly recommend reading through the solutions even if you think your answers are correct as there is often additional instruction or alternate solution method(s) embedded in the answer section. Each book consists of nineteen chapters and should take roughly a month to complete. Since the entire series can be completed in a mere three months, this would also be a great review course for students during the summer.

If you are familiar with the other Life of Fred books, you know that Prof. Schmidt educates while entertaining. We pick up the Life of Fred where we left it in the Elementary series. Fred is still five, still a Professor at Kittens, still living on the third floor of the Math Building, and still can't paint as well as Kingie. Throughout this series, we follow Fred as he catches criminals, visits the University President's home, meets a talking horse, goes to camp, babysits, and ALMOST falls into a mineshaft. Between beanbag-doll artists and magical mailboxes, Fred explores a whole lot of math with a particular focus on functions. Besides learning many mathematical concepts including (but not limited to):

Your child will also learn about such things as:

Talent, practice, patience, idioms, how to write a check, how to stay on topic when speaking, chemical notation, why not to consume much sugar, redundant speech, basic laws of economics, stethoscopes, why we have two kidneys, parts of speech, multi-tasking, logically equivalent statements, adumbration, how to take up slack in a boot, summer solstice, encountering lions at blood banks, how to take the SAT, reading the fine print, Armenian food, silent letters, treble and bass clefs, why there is little irony in children's books, the singular form of graffiti, why to exercise, how to open a door, the use of silence in life, translating Latin, reasons to be grateful, how addresses and rooms are numbered, feudalism, hunting tigers, square knots, balalaikas, the difference between concrete and cement, Maslow's hierarchy of human needs, definition of a mammal, searing a steak, telling the truth, making mistakes, camping, and when to be polite - just to name a few.

Even though I was rooting for Kittens, Lollipops, and Milkshakes as follow-ups to the Elementary series, I can't complain about the deliciously satisfying content of these less appealingly named books.

Powered by TurnTo
Review More Purchases | My Posts
4.5 / 5.0
2 Reviews
5 Stars
4 Stars
3 Stars
2 Stars
1 Star
1
1
0
0
0
Rated 5 out of 5
My son finished this book quickly. He has a solid Math foundation, but loves reading about Fred’s adventures. He’ll be starting the Mineshaft book soon and can’t wait.
May 13, 2019
Hillary R
Purchased
over 3 years ago
Rated 4 out of 5
Consequences for anorexia?
The LOF series is getting more interesting for me, as a parent, by the Liver book. Also, I was glad to see mention that Fred's urinalysis was going to be abnormal due to his not eating. But there's never any follow-up for this and he continues to live without any sustenance at all. I wish someone would do something about this child's lack of appetite. As a parent of an extremely picky eater, I worry.

But the LOF series as a whole has been a great success for my son. He recently taught a math lesson to two adults and was pleased that he understood math concepts that they did not. He had to go back and explain things he had assumed they would know. I was impressed by how well he understood the math taught in LOF Liver. He was able to explain his topic in several different ways in order to get his "students" to understand. That showed me he was really understanding it and not just memorizing facts.
May 5, 2017
User
Purchased
over 5 years ago 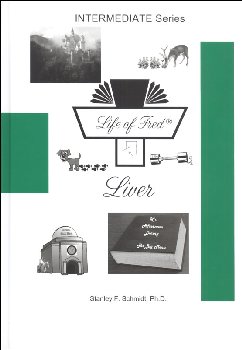