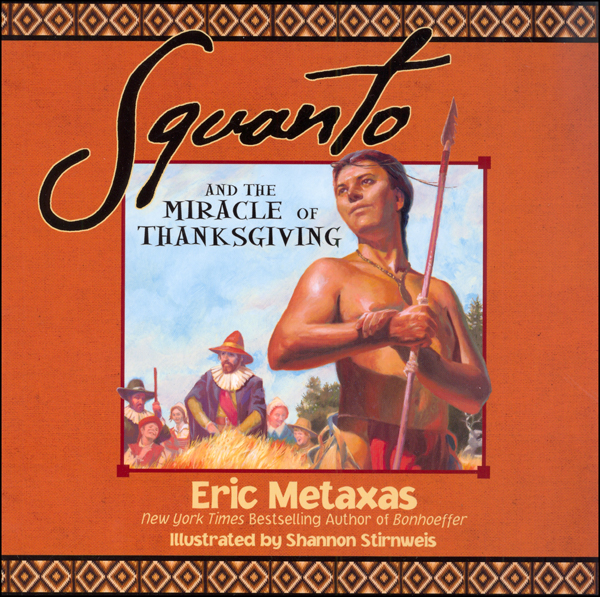 Squanto and the Miracle of Thanksgiving

This picture book tells the incredible true story of Squanto, an English-speaking Native American. The book begins in 1608, when twelve-year-old Squanto is captured by the British. Squanto is sold into slavery in Spain, but a group of monks rescue him. The kind monks teach him English and about God. Squanto misses his family, so years later, he begins the long journey home to North America. Squanto is devastated when he learns that no one in his tribe survived a disease outbreak. But God has a plan for Squanto. When the Pilgrims arrive he acts as a liaison between the Native Americans and the Pilgrims, and the groups work together to produce a bountiful harvest, which brings the first Thanksgiving. By Eric Metaxes. 40 pgs, pb.

Experience the true story from American history about the spiritual roots and historical beginnings of Thanksgiving.This entertaining and historical story shows that the actual hero of Thanksgiving was neither white nor Indian but God. In 1608, English traders came to Massachusetts and captured a twelve-year-old Indian, Squanto, and sold him into slavery. He was raised by Christians and taught faith in God. Ten years later he was sent home to America. Upon arrival, he learned an epidemic had wiped out his entire village. But God had plans for Squanto. God delivered a Thanksgiving miracle: an English-speaking Indian living in the exact place where the Pilgrims landed in a strange new world.
Primary Subject
History/Geography
Grade Start
1
Grade End
4
ISBN
9781400320394
Author
Eric Metaxas
Format
Softcover Book
Brand Name
Thomas Nelson
Weight
0.25 (lbs.)
Dimensions
8.0" x 8.0" x 0.06"
Powered by TurnTo
Questions that need answers | My Posts
Start typing your question and we'll check if it was already asked and answered. Learn More
Do not include HTML, links, references to other stores, pricing or contact info.
My question is about:

I was captivated and I wonder why this story is not taught in schools and his name well known...

The book is well written - I enjoyed and so did little Fiona - so much that her Christmas Wish was that we get her books about all the other holidays...
January 15, 2021
Gale M
Purchased
9 months ago 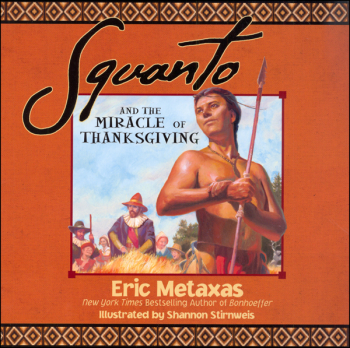