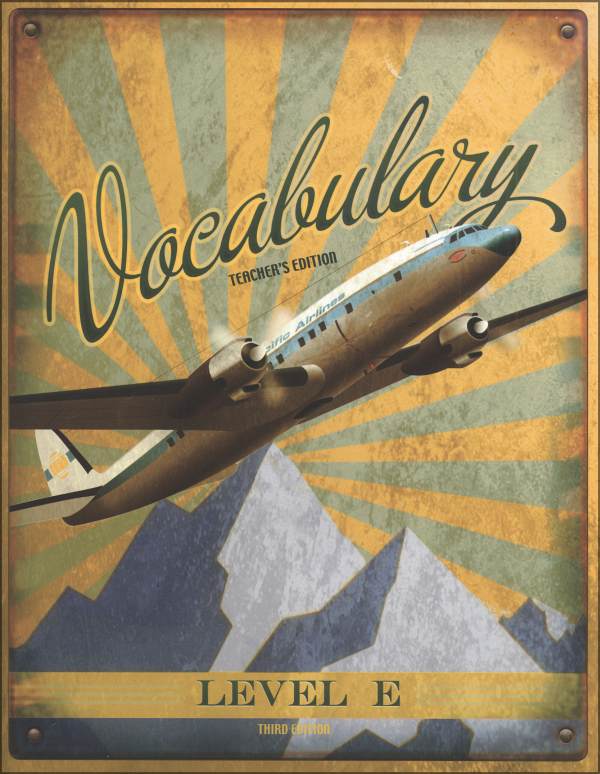 Vocabulary: Level E Teacher's Edition (3rd ed.) presents new words in each lesson and provides games, puzzles, and reinforcement activities to build vocabulary and to keep your student ready to learn. The Teacher's Edition is the Student Worktext with answer overprint.

Studies Greek and Latin words that have retained their original plural forms. Gives examples of words of French origin. Presents words added to our language by back-formation and coining. Discusses the rich source of words in allusions to the Bible; to historical people, places, and events; to fictional characters; and to mythological characters. 10 new words per lesson.

This series introduces students to vocabulary, largely through the study of Greek and Latin word parts, and words of foreign origin. Lessons are varied in format but present new words and provide games, puzzles, and reinforcement activities to build vocabulary and keep students interested, all while emphasizing the learning of words in context and through etymology. Each book is meant to last a semester, contains 15 lessons (estimated to take 20 to 30 minutes per week), and includes cumulative reviews to increase student retention. The first three grades focus on Latin word parts, the fourth on Greek word parts, the fifth on words borrowed from other languages, and the last on native English words. Teacher editions include the entire student worktext with all the answers given in red. Levels A-C were revised in 2008; levels D-F have been revised in 2009.

Primary Subject
Spelling/Vocabulary
Grade
11
ISBN
9781591668619
Format
Saddle Stitched Book
Brand Name
BJU Press
Weight
0.38 (lbs.)
Dimensions
11.0" x 8.5" x 0.19"
Powered by TurnTo
Questions that need answers | My Posts
Start typing your question and we'll check if it was already asked and answered. Learn More
Do not include HTML, links, references to other stores, pricing or contact info.
My question is about: 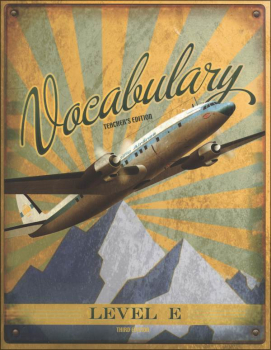