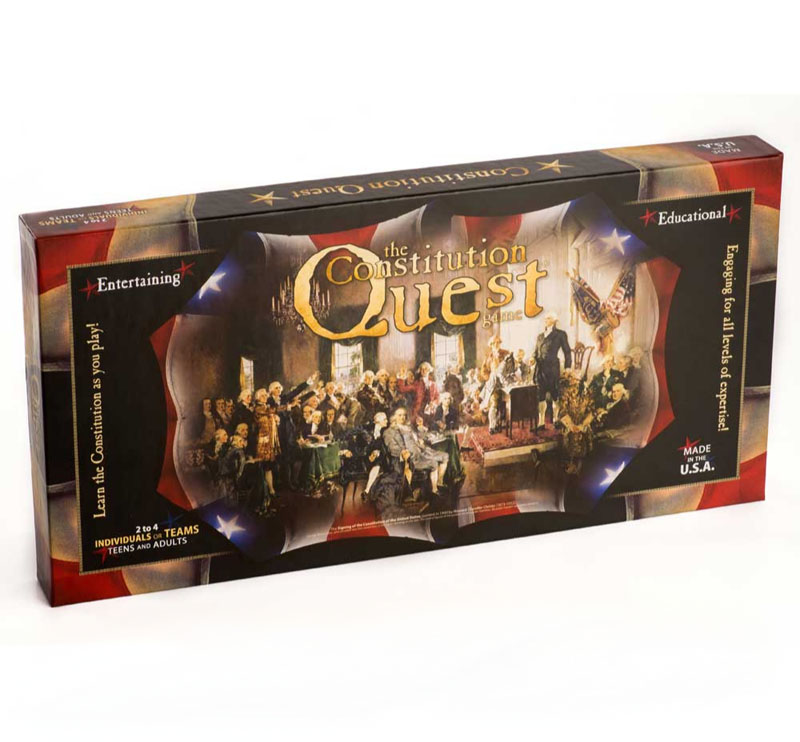 Partner together in teams or play individually to learn more about the Constitution in this fun yet educational game. Each player/team keeps a scorepad to total their points throughout the game. Play begins with rolling the dice and moving the game piece the number of spaces rolled. The player draws a question card about one of the branches of government or anything else related to the Constitution (a booklet for reference is included that contains the Constitution of the United States and Declaration of Independence). If players answer correctly, they receive the same number of points as the number rolled. No points are earned for incorrect answers. Detour Zones or landing on occupied spaces can hinder a player from moving ahead. The first player to complete a trip around the board earns 10 bonus points and the game ends. Players total their points and the highest score wins. Great for small or large groups! One round takes approximately 35-45 minutes. Made in the U.S.A. ~ Gina

This beautiful, eye-catching, American-made game, is high-quality and nonpartisan. 223 game cards filled with constitutional information, including: 3 branches of government; Powers granted and denied; Checks and balances; Laws from the Articles The Bill of Rights and other Amendments; and Historical facts and dates. Play in less than an hour.

Primary Subject
History/Geography
Grade Start
4
Grade End
AD
EAN
861312000009
Format
Other
Brand Name
Cognitive Square
Weight
2.8875 (lbs.)
Dimensions
20.12" x 10.12" x 1.88"
Powered by TurnTo
Questions that need answers | My Posts
Start typing your question and we'll check if it was already asked and answered. Learn More
Do not include HTML, links, references to other stores, pricing or contact info.
My question is about: 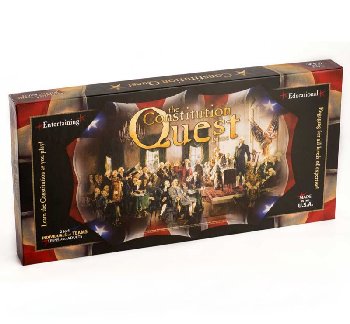