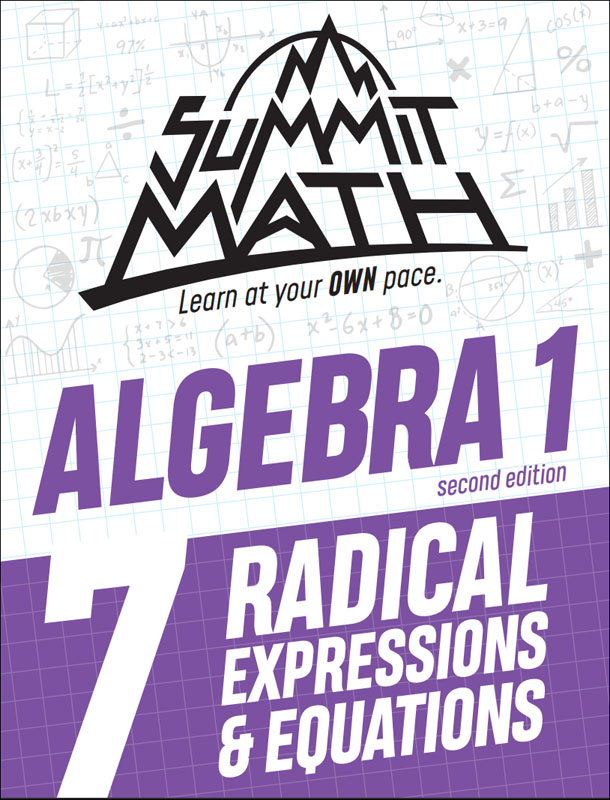 In this book, students learn that a root is the inverse operation for an exponent because the purpose of a root is to undo the operation of an exponent. After learning about square roots, cube roots, fourth roots, et cetera, students focus on radical expressions that involve square roots for the majority of the book. They learn how to simplify radical expressions and then they learn how to perform operations of addition, subtraction, multiplication and division. Later in the book, they learn how to solve radical equations. The Pythagorean Theorem is the final topic explored in this book. Students learn about its origin and then learn how to solve a variety of scenarios that involve right triangles. This book builds on Algebra 1: Book 5.

Topics in this book:

If you are searching for an independent algebra program or a supplement to teach specific algebra concepts, Summit Math is worth your consideration. Using the guided discovery method, students make their own connections as they learn to master each scenario before moving on to the next. Each section builds on previous concepts already learned. The first half of the book incorporates the guided discovery approach, while the latter half uses extra practice sheets to improve understanding of the topics. Each section has an answer key. A placement test and pacing guide is provided for each level. The author states this is a complete program teaching typical topics in the Algebra I and II sequence while preparing students for standardized testing. If students feel they need extra instruction, a video subscription is available from the publisher. Free downloadable tests and a more detailed version of the answer key are also available at the publisher’s website. 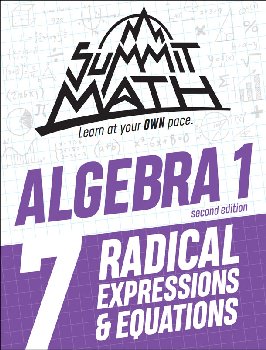