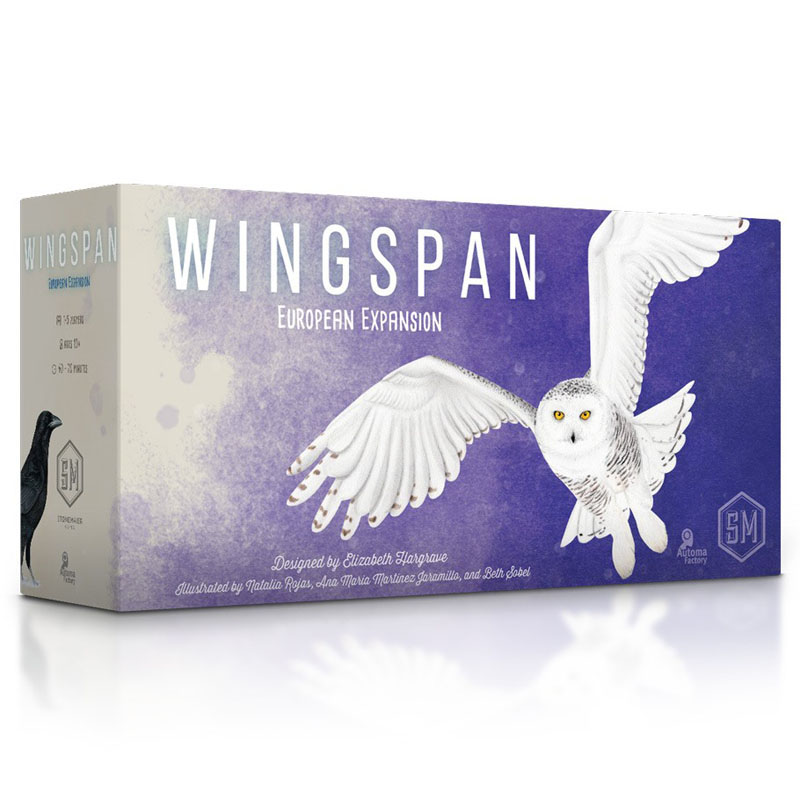 If you crave more variety in your Wingspan games, look no further! While gameplay remains exactly the same as in the base game, this expansion adds 81 new bird cards representing the lovely birds of Europe, 5 new bonus cards, 4 new Automa cards, and 5 new goal tiles to shake things up. Among the new bird cards are birds with a fresh type of activation: teal “round end” powers, which allow players special actions or points upon the end of each round before round goal scoring if activation conditions are met. These cards usually mean a player has to plan a bit more, but the payoffs (like playing an extra bird at the end of each round) can be game-changing. Additional components include 15 purple eggs, 38 food tokens, scorepad, rulebook, quick game play reference tile, and a purple card tray.

In this first expansion to Wingspan, we increase the scope of the world to include the regal, beautiful, and varied birds of Europe. These birds feature a variety of new abilities, including a number of birds with round end abilities, abilities that increase interaction between players, and birds that benefit from excess cards/food. Along with the new bonus cards, they’re designed to be shuffled into the original decks of cards (and cards from future expansions).

The European Expansion also includes an additional tray for storing the growing collection of birds (past, present, and future), as well as 15 purple eggs, extra food tokens, and a colorful new scorepad designed for both multi-player and single-player scoring.

* 1 scorepad (multi-player on one side, solo on the other)

Category Description for Wingspan:
Primary Subject
Games, Puzzles & Toys
Grade Start
5
Grade End
AD
Note 1
We cannot currently fulfill orders of more than one game per
Note 2
customer. Orders of 2+ will be modified to 1 and refunded.
EAN
644216627622
Format
Other
Brand Name
Stonemaier Games
Weight
1.5 (lbs.)
Dimensions
5.75" x 11.62" x 3.25"
Powered by TurnTo
Questions that need answers | My Posts
Start typing your question and we'll check if it was already asked and answered. Learn More
Do not include HTML, links, references to other stores, pricing or contact info.
My question is about: 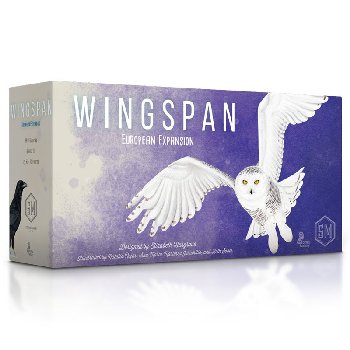