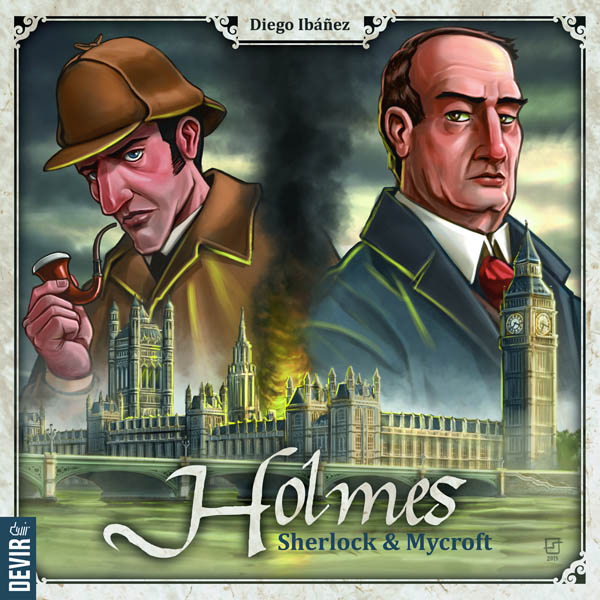 A bomb goes off in the Houses of Parliament, and a young man named Michael Chapman is arrested. Mycroft Holmes oversees the official investigation and must decipher whether Chapman acted alone or as a member of an anarchist group, but he soon learns that someone has been hired to prove the young man’s innocence--a detective who is none other than Mycroft’s brother, Sherlock Holmes. In this two-player game of whit and investigation, act as one of the Holmes brothers and try to prove your case. Visit characters to either gain more magnifying glasses for your investigation or use the glasses in collecting more clues. Will you gather enough evidence to solve the case in your favor? Includes game board, 6 action markers (3 for Sherlock, 3 for Mycroft), 12 character cards, 52 clue cards, 24 magnifying glass investigation markers, 3 optional cards, and instruction booklet. The game takes about 30 minutes to play. Recommended for 2 players. ~ Rachel E.

Powered by TurnTo
Review More Purchases | My Posts
1.0 / 5.0
1 Review
5 Stars
4 Stars
3 Stars
2 Stars
1 Star
0
0
0
0
1
Rated 1 out of 5
This game is about being the person to gain the most points by collecting the most clues. It is not about finding out who the culprit is. The culprit is always the same guy. That never changes.
We are very disappointed in this game.
December 31, 2020
Sandra P
Purchased
over 2 years ago 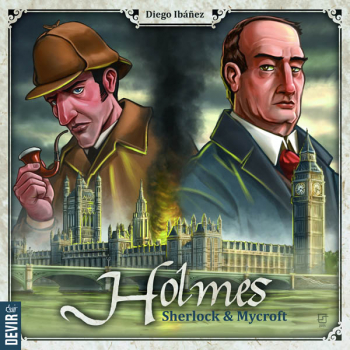