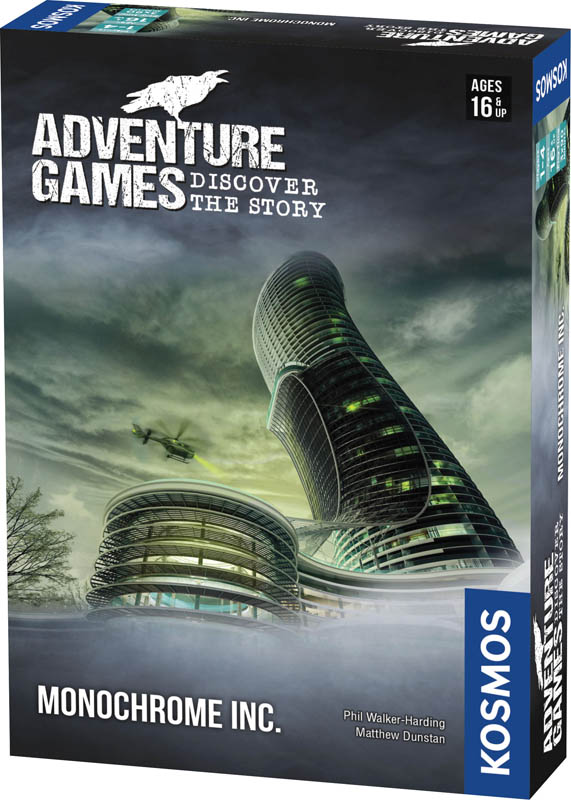 A thrilling adventure set in the headquarters of Monochrome Inc., a biotech company with some nasty secrets. You manage to get inside, and then its up to you to figure out what to do. Similar to a PC adventure game, players have to explore spaces, combine items, find clues, and talk to people. Step by step, youll start to grasp the plot and devise a plan. A fascinating story unfolds with each action. Teamwork makes the dream work. A board game with simple rules in three chapters for players 16 years and older.

Primary Subject
Games, Puzzles & Toys
Grade Start
11
Grade End
AD
EAN
814743014466
Format
Other
Brand Name
Thames and Kosmos
Weight
0.95 (lbs.)
Dimensions
7.0" x 5.0" x 1.5"
Powered by TurnTo
Questions that need answers | My Posts
Start typing your question and we'll check if it was already asked and answered. Learn More
Do not include HTML, links, references to other stores, pricing or contact info.
My question is about: 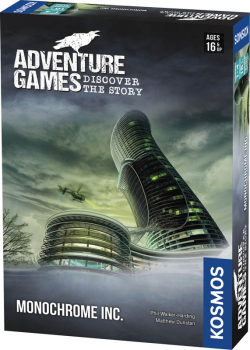