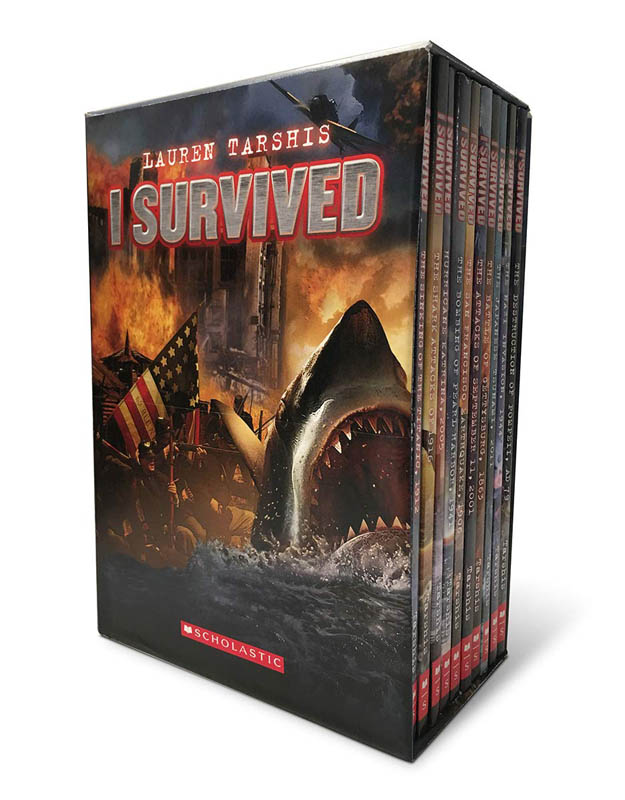 Experience surviving disaster, destruction, and near-death situations through the eyes of kids and young teens. These suspenseful stories are a glimpse of life during real, devastating events in history. Each book focuses on one young character, and describes his life before, during, and after the major event. These books are geared toward younger audiences, having large print and periodic pictures throughout. This boxed set includes the books The Destruction of Pompeii, The Nazi Invasion, The Japanese Tsunami of 2011, The Battle of Gettysburg, The Attacks of September 11, The San Francisco Earthquake of 1906, The Bombing of Pearl Harbor, Hurricane Katrina, The Shark Attacks of 1916, and The Sinking of the Titanic.

History's most exciting and terrifying events come to life in these ten books in the New York Times bestselling I Survived series.

When disaster strikes, heroes are made.

A collectible box set of ten books in the bestselling I Survived series from author Lauren Tarshis! This set includes paperback editions of these books:

With relatable characters and riveting plotlines, the I Survived books are perfect for reluctant readers or any young reader who enjoys an action packed, page turning thriller. Each book also contains several pages of nonfiction content, encouraging readers to further explore the historical topic.

Category Description for I Survived... Series:

These works of historical fiction allow students to explore different disasters in history from a child's perspective. While the characters are fictional, the facts surrounding the tragedies are real. Black and white pictures accompany the text with facts about the events in the back of book. Approx. 100 pgs. each. ~ Alissa

Primary Subject
History/Geography
Grade Start
2
Grade End
5
ISBN
9781338565850
Format
Other
Brand Name
Scholastic Paperback
Weight
1.85 (lbs.)
Dimensions
7.62" x 5.38" x 3.0"
Powered by TurnTo
Questions that need answers | My Posts
Start typing your question and we'll check if it was already asked and answered. Learn More
Do not include HTML, links, references to other stores, pricing or contact info.
My question is about: 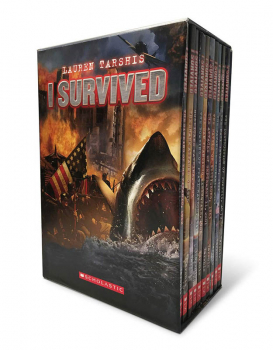