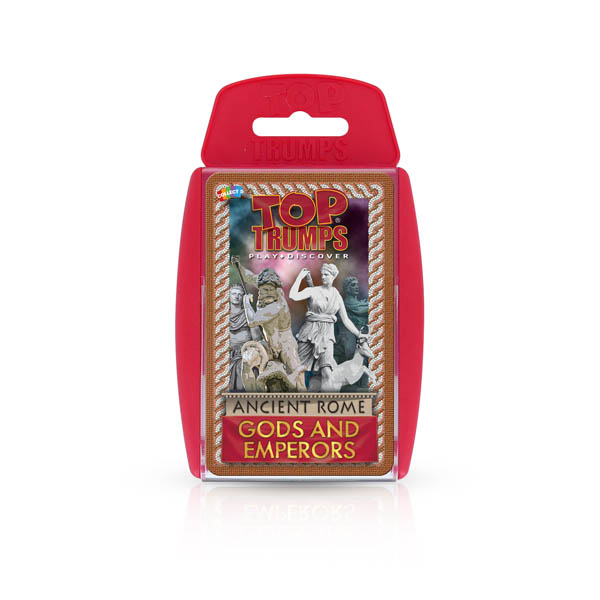 Top Trumps travels to Ancient Rome to explore the world of Gods and Emperors, from Neptune, the god of the sea, Mars, the god of war, to Roman emperor’s including Domitian and Marcus Aurelius! Rated on Strength, Legacy, Terror and Popularity, this pack contains everything you’ll need to know about Gods and Emperor’s in Ancient Rome. Find out what Hercules was famed for, and discover who ruled the underworld.

This card game brings "war" into the 21st century while featuring beautiful pictures, and amazing facts and statistics on each card. Simply deal out the deck of 30 cards to all players and flip over the top card. Whoever begins can pick a statistic from their card that they think will beat everyone elses. Facts on the cards include things such as height, weight, speed, and more. For example, if your top card is a Polar Bear with a rather astonishing weight of 800kg (who knew polar bears weighed so much?), you would call out "Weight! My animal is 800kg." Everyone else would call out their top cards weight, and whoever had the highest stat in that category would win and collect all cards from the round. Play continues after the same fashion until someone wins by collecting all 30 cards.

While the main draw of the game is definitely the simple, yet much needed variation on the classic game of War, the educational value is unparalleled. Did you know that a Great White Shark can swim as deep as 300 meters? Or that the U.S. has won over 2,300 Olympic Medals? Quite simply, its both educational and incredibly easy to play. What more could a parent want? 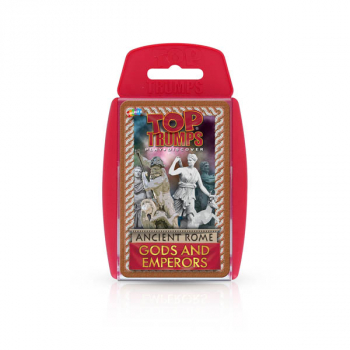