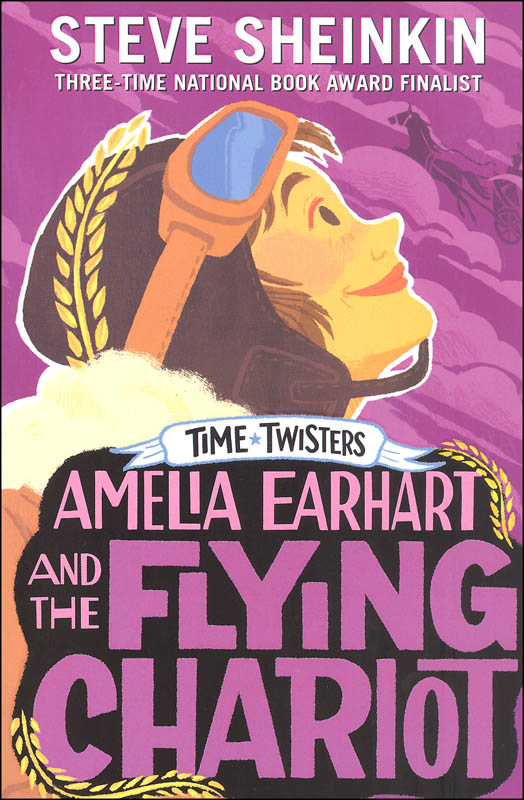 #4 in the Time Twisters series. Amelia Earhart is about to set out on her flight across the Atlantic, but she ends up at the Olympics in Ancient Greece and meets Kyniska, the first woman to become an Olympic champion.

WARNING: DO NOT BELIEVE THE STORY YOU'RE ABOUT TO READ.

Well, you can believe some of it. There is some real history. But also hijinks. Time travel. And famous figures setting off on adventures that definitely never happened--till now. Time is getting twisted, and it's up to two kids to straighten things out.

Siblings Abby and Doc have been racing through time to fix history after Abraham Lincoln, Abigail Adams, and Neil Armstrong started popping up in the wrong places, at the wrong times. When Amelia Earhart accidentally lands her plane in Ancient Greece, Abby and Doc partner with Kyniska, the first woman to win the Olympics, to get Amelia back on track to finish her first solo flight across the Atlantic.

Steve Sheinkin combines history, hilarity, and surprising twists in Amelia Earhart and the Flying Chariot. The Time Twisters series is a surefire hit with history buffs and reluctant readers alike!

History is boring! Or that’s what the kids in Ms. Maybee’s class think. Abby and Doc groan along with the rest of the class when it’s time to get out the history books, until Abraham Lincoln pays them a visit and warns them that he’s quitting unless they change their minds about history. Abby and Doc try to find a way to show their classmates that history isn’t boring, and Lincoln tries his hand at professional wrestling. Now other important people in history have seen that they can travel in time and try something new. What if Abigail Adams wants to be a pirate? Will Abby and Doc be able to get time straightened out?

This fun history series is comparable to The Magic Tree House, and is sure to get kids excited about history. These stories are historical fiction with a twist, as historical figures visit other time periods while their own struggles in their absence. The books include real history facts, and a section at the back of the book explains the details of the story that are historically accurate. This series is great for young readers because the stories flow smoothly and quickly, with engaging illustrations that interact with the narration. Each book is 176 pgs, pb. ~ Rachel E. 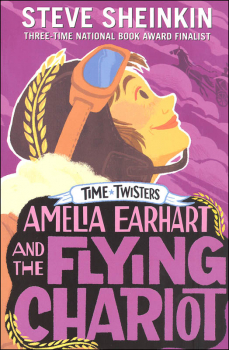