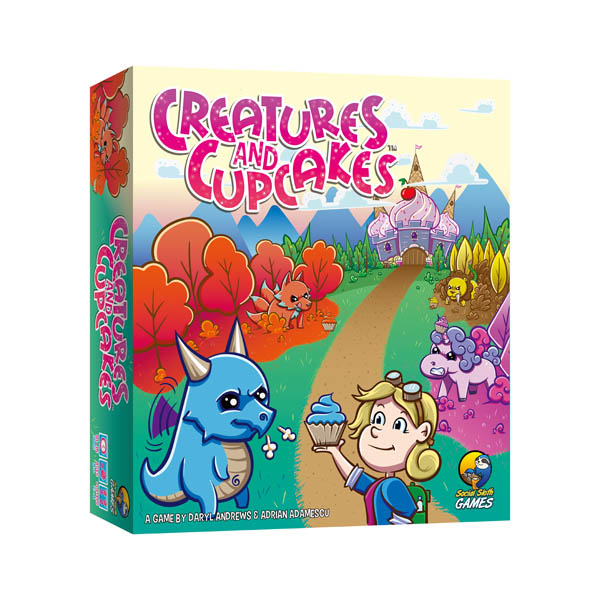 How do you tame cute, yet vicious woodland creatures? By feeding them cupcakes! Each player attempts to simultaneously tame four fantasy creatures by drawing cupcakes from a bag. Each cupcake brings the creature one space closer to the castle; get two creatures there to win! But draw two cupcakes of the same color in a row and your creature gets sick, so it loses all progress. Special "Power Cakes and Elixirs help players along the way, but only one can be named Master Tamer! Overall, a quick, simple game with more zest than Candyland. For 2-4 players. 20-30-minutes.

For centuries, the citizens of the Cupcake Kingdom have lived peacefully in a delicious dessert utopia. Theyve done so side-by-side with fantastical fauna, creatures with a cavernous craving for the choicest of cupcakes. Using sweet treats with the perfect blend of sugar, spice, and everything nice for each species, monster trainers befriend and tame these wild beasts. Feed them too many cupcakes at once, though, and they wont get the sugar rush they cravebut a terrible tummyache instead!

In Creatures and Cupcakes, monster trainers compete to tame two magical creatures to show off to the Cupcake King and Cupcake Queen. The trainer who does this first wins.

In this press-your-luck game, players pull cupcakes out of a bag. Every cupcake you draw advances you a space on each creatures affection track. However, if you draw two of the same in a row, your turn ends immediately. Even going bust has its sweet rewards as that player will get either a special power card with a one-time effect or a medicine card to help keep that monster from overeating next time.

If your children need a little something more, put this game in the mix! My 9 year old daughter loves this....so do her brothers (ages 7-13)! A well-developed game. Clever enough for older kids to enjoy, while simple enough for younger children to learn.
January 2, 2021
Anna B
Purchased
1 year ago 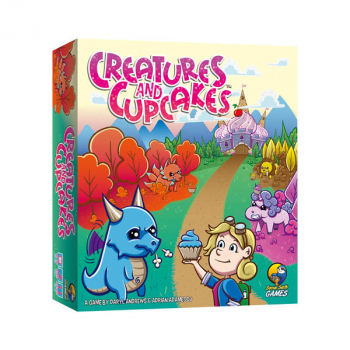