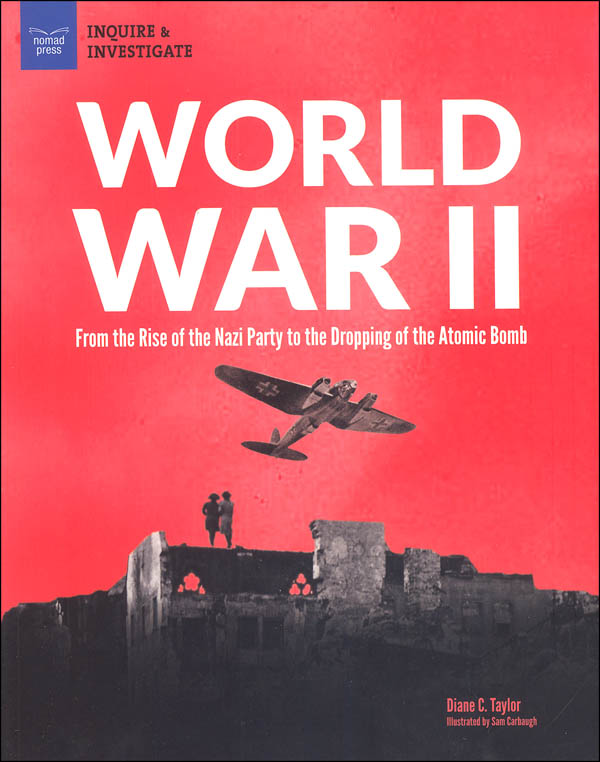 World War II: From the Rise of the Nazi Party to the Dropping of the Atomic Bomb (Inquire & Investigate)

Why did the world find itself immersed in another global conflict only two decades after World War I?

World War II: From the Rise of the Nazi Party to the Dropping of the AtomicBomb introduces kids ages 12 to 15 to the political, military, and cultural forces that shook the globe from 1939 to 1945 and beyond. Middle school students examine the events leading up to, during, and after WWII and the repercussions of these events on populations around the world, from Germany's invasion of Poland to the resulting domino fall of events that engaged several countries and caused the deaths of 60 million people, including 40 million civilians. They also see how the dark side of Hitler's ideology was always present, eventually resulting in the Holocaust, the systematic murder of 11 million people, including 6 million Jews and other populations.

Through primary sources, essential questions, and engaging text, readers gain a comprehensive understanding of the politics, the economics, the strategy, and the human experience of this global conflict. What did the world learn from World War II? Could World War II ever happen again?

Try these hands-on projects and investigations!

This series is a cool way for middle school-aged students to do research and form their own opinions on controversial topics in American history. Use a smartphone or tablet app to scan QR codes to find primary source documents online to inform yourself and back up your opinions. A timeline lays out the facts of the event to give an overview for the reader. The text is interesting and readable, broken up with color graphics and photos. Vocabulary is occasionally pointed out in the margins as “vocab labs.” As facts are presented, questions are posed to the reader, encouraging them to form their own viewpoint. It feels like a safe way to let students use the internet for research and investigation. These would be a good introduction to research and debate. Sc, 120pp ~Sara 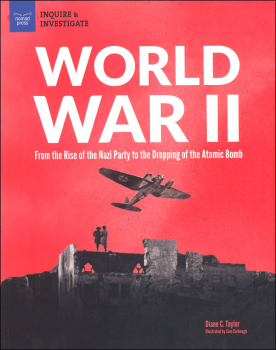 World War II: From the Rise of the Nazi Party to the Dropping of the Atomic Bomb (Inquire & Investigate)
Item # 075193
Retail: $17.95
Rainbow Price: $12.15
Your Cart ()
Cart Total:
Continue Shopping Proceed to Checkout