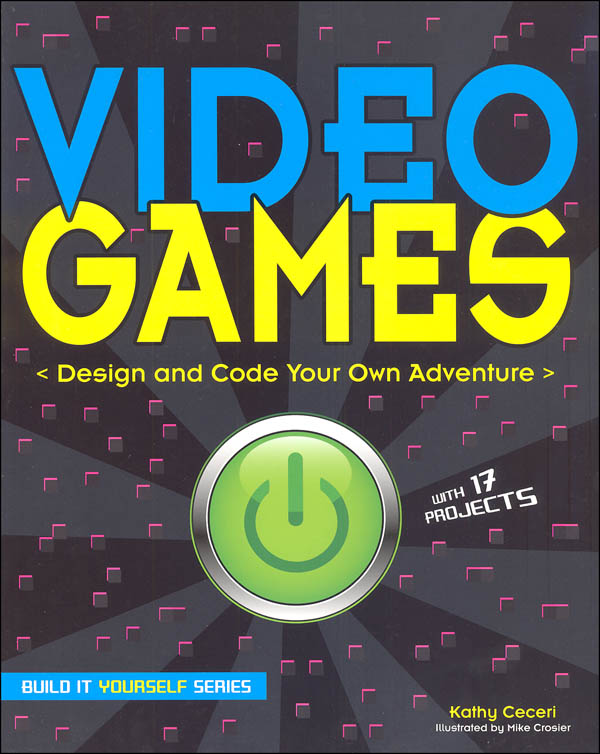 Video Games: Design and Code Your Own Adventure

Many kids enjoy playing video games, but what if they had the chance to design their own game? This book discusses the history of gaming, the neuroscience behind playing games, the process of developing and marketing them, and more. Readers will learn the basic steps of game making, get an introduction to coding, and bring everything together to make their game come to life! A great resource on the ideas and work behind video games, this book has six chapters of interesting and useful information, with QR codes to games and resources, helpful definitions, and 17 fun activities. The activities including making a cardboard arcade game, “gamifying” an everyday challenge, writing a game treatment, and even coding two simple Scratch games (software not included). 122 pgs, pb.

What does the 13,000-year-old mancala game have in common with today's Minecraft? They both require logic, critical thinking skills, and creativity! In Video Games: Design and Code Your Own Adventure, readers discover that the video games they play today have their roots in the games kids played in the deserts of Ancient Egypt, and they'll learn how to design their own games from the initial idea to the final blips on the screen.

Activities in Video Games include creating text-based adventure quests, designing board games, and programming using free, kid-friendly software such as MIT's Scratch. For kids who just can't get enough of video games, here's a chance to visit behind the scenes at a game company to explore the entire design process, from idea to market. They'll have so much fun they won't realize they're learning about geometry, statistics, probability, physics, logic, psychology, and neuroscience. 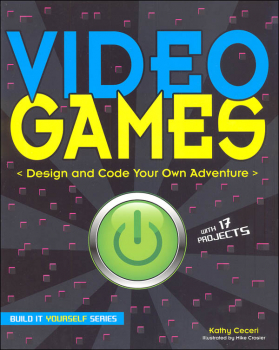