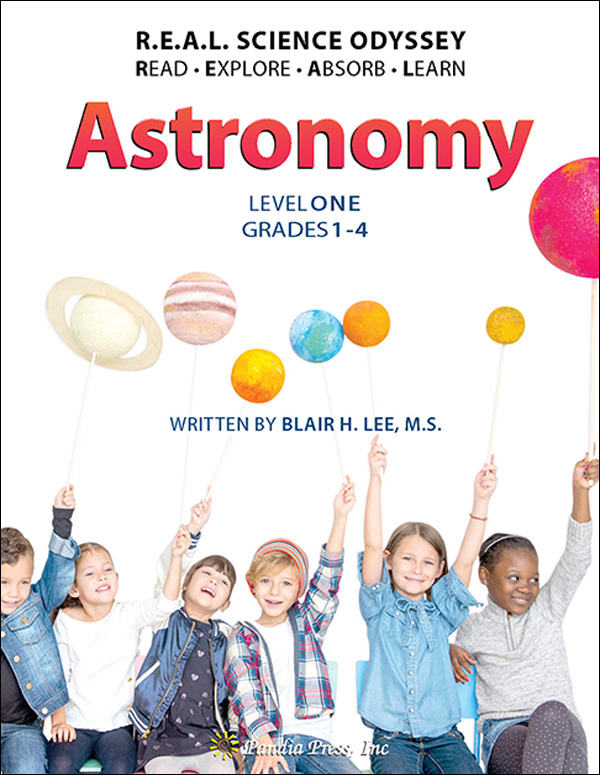 This is another in the R.E.A.L. Science Odyssey series and is intended as an alternative to their Earth & Space curriculum. Astronomy is a one semester (18 week) study that includes parts from the Earth & Space course along with new topics in space exploration and scientific modeling. Children accompany Bunny and Dusty (space dust bunnies) as the explore the topics of scientific modeling, solar system, space, physics of light, space travel, cosmology, the universe, and gravity. There is no shortage of hands-on fun in this course, and most supplies can be found around your house. A few specialty items are required which include an inflatable globe, dry ice, as well as scientific and weather thermometers. Children will get to launch a soda bottle rocket, build a solar system, and much more. 248 pgs, pb. ~ Donna

You will find R.E.A.L. Science Odyssey (RSO) to be unlike any other science curricula available. Most notably, it is secular. Only scientific inquiry and theory based on empirical and measurable evidence are understood to be valid and standard science in all RSO courses.

Also, RSO courses are written specifically for home and small group use. Packed full of serious science and loads of fun, RSO is an incremental program that gently builds on itself and incorporates mathematics, scientific method, and science terminology. Created with the science novice in mind, you don't need any science background to teach RSO.

In RSO Astronomy 1, the major topics include scientific modeling, solar system, space, physics of light, space travel, cosmology, the universe, and gravity. Students study each planet separately as they travel through the solar system with Bunny and Dusty, the adorable space-dust bunnies. Short lessons are followed by several hands-on labs and activities including mixing and separating light waves, learning why the sky is blue, modeling the Earth/moon/sun system, creating a Big Bang timeline, and making a comet. Space travel and exploration is a highlight of the course. Students make models of several spacecrafts, create a a travel map of the solar system, and launch a soda bottle rocket.

The following is a list of topics your child will learn while completing Astronomy1. Each topic includes one to five lessons complete with lesson story, labs, reading, and other activities. Remember your child will also be having a whole lot of fun. Also included in this scope are laughing, playing, digging, exploring, reading, singing, and begging for more science!

Science Thermometer - The liquid in good science thermometer goes down on its own, unlike the liquid in a medical thermometer, which must be shaken down. Some kitchen thermometers will work, but most do not go low enough. You will need a thermometer that will go down to 30 F or 0 C.

Tactile and rigorous, this classically-based science program provides an excellent science experience. The program is designed for the non-science parent. If you are a squeamish person, R.E.A.L. Science may not be for you. You’ll get dirty, handle bugs and worms, and learn through experimentation. The lessons in the book are intended to be done in order from start to finish, each lesson building upon the previous lessons. Two levels are available, perfect for multi-age learning or homeschool co-ops. The all-in-one text for Level One teaches science in an entertaining story-like format with hands-on activities, along with background science information, instructions, reading lists, journaling ideas, and supplemental websites. Student Worksheets are reproducible in Level One, although Student Pages are available separately. Science is planned 2-3 times per week. Formatted for independent learning, Level Two student texts bring science alive by engaging young people’s minds through active participation in learning. Spiral bound Student Texts offer instruction and consumable activity sheets and review pages. Consumable student materials are available separately. Teacher Guides are recommended and include weekly schedules, learning goals, math concepts for labs, lesson reviews with information not found in the student book, lab material lists, answer keys and grading guidelines. 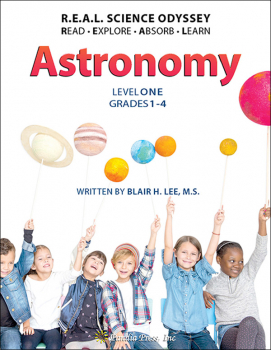