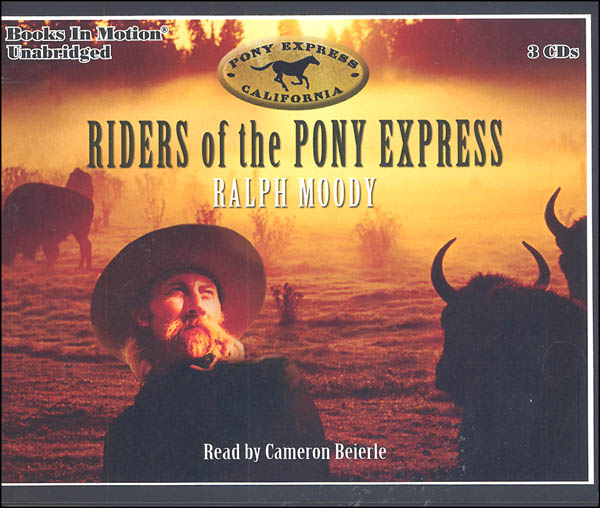 Both engaging and informational, Riders of the Pony Express tells of the commitment, demand, courage, and struggles of the brave men and their horses who helped expand the American Postal System. This unabridged audio edition, read by Cameron Beierle, provides the opportunity for multitaskers or non-readers to enjoy this story with convenience. Also great for classrooms, bedtime stories, car rides, and the list goes on. 3 CDs. Approximately 2.97 hours.

Prior to the Civil War, the fastest mail between the West Coast and the East took almost thirty days by stagecoach along a southern route through Texas. Some Californians feared their state would not remain in the Union, separated so far from the free states. Then businessman William Russell invested in a way to deliver mail between San Francisco and the farthest western railroad, in Saint Joseph, Missouri"across two thousand miles of mountains, deserts, and plains"guaranteed in ten days or less. Russell hired eighty of the best and bravest riders, bought four hundred of the fastest and hardiest horses, and built relay stations along a central route--through modern-day Kansas, Nebraska, Colorado, Wyoming, Utah, and Nevada, to California. Informed by his intimate knowledge of horses and Western geography, Ralph Moody's exciting account of the eighteen critical months that the Pony Express operated between April 1860 and October 1861 pays tribute to the true grit and determination of the riders and horses of the Pony Express.

Primary Subject
Library Builders
Grade Start
7
Grade End
12
ISBN
9781614530534
Author
Read by Cameron Beierle
Format
Other
Brand Name
Books in Motion
Weight
0.3 (lbs.)
Dimensions
5.5" x 6.5" x 1.12"
Powered by TurnTo
Questions that need answers | My Posts
Start typing your question and we'll check if it was already asked and answered. Learn More
Do not include HTML, links, references to other stores, pricing or contact info.
My question is about: 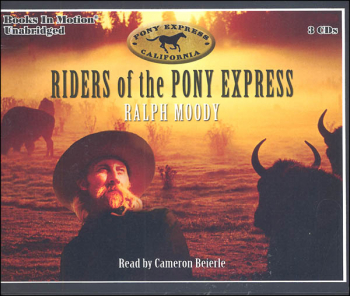