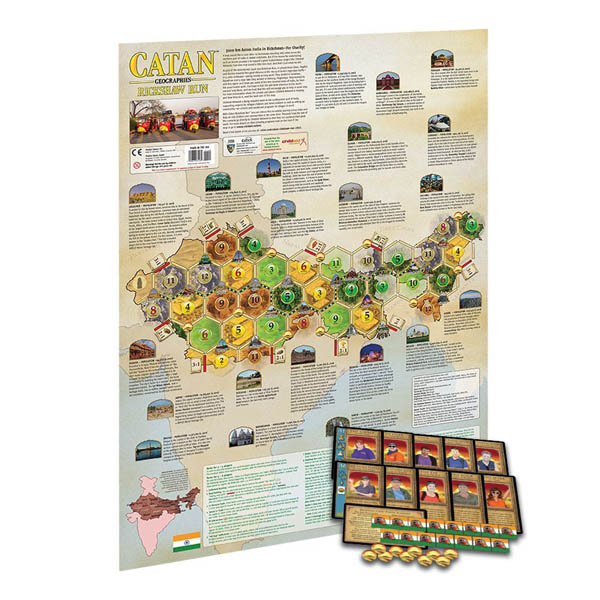 As part of the April 2015 Rickshaw Run rally, 10 people from Catan, Mayfair and Kosmos traveled more than 2700km at the mercy of India's legendary traffic"in 4 rickshaws"raising money as they went. They started in Jaisalmer, Rajistan and 12 days later they arrived in Shilong, Meghalaya. Based on their tour this scenario was created. The sale of this scenario supports the work of Childaid Network.

Played in the same style as regular Catan, these boards take players to different regions of the world! Features realistic geography and resource location, coupled with information on the area and its towns & cities. Resource numbers are pre-printed but can be made random with Catan pieces. Requires Settlers of Catan base game. For 3-6 players. ~1-hour playtime. 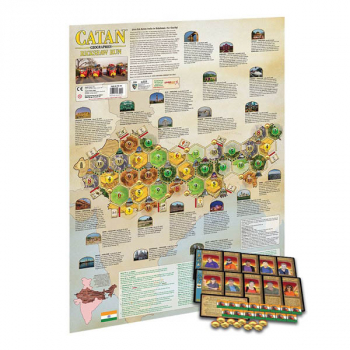