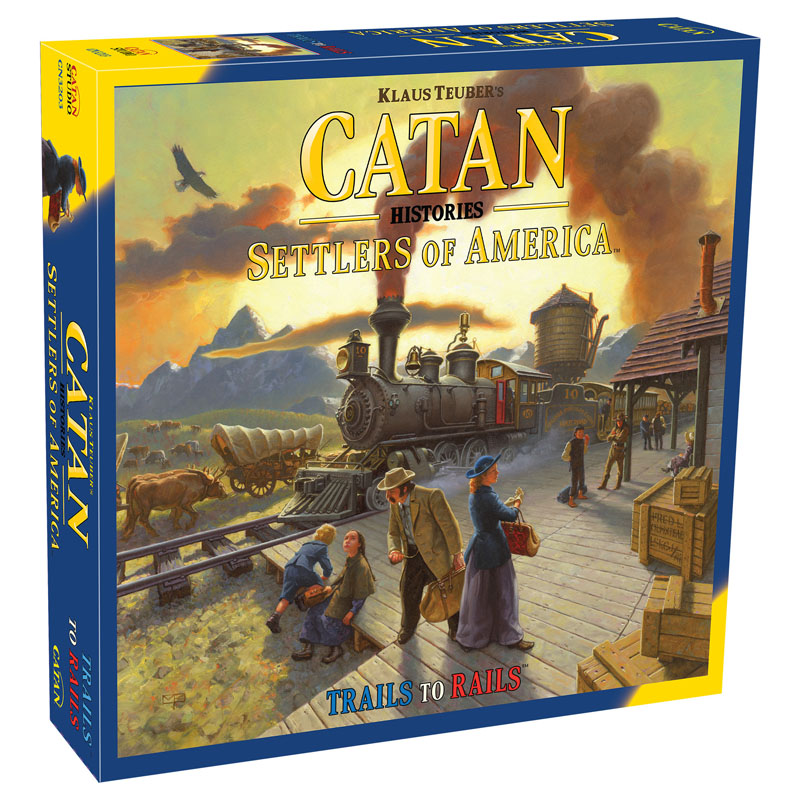 The 19th Century has arrived and America is heading west. Wagon trains of settlers seeking fresh lives and opportunities strike out to tame the wild land of the west. From the vast prairies they wrest fertile land for crops and grazing lands for their voracious cattle herds.

Experience the pioneer days of the Wild West! Send your settlers west to found cities and to develop the expanding railroad network. Settlers of America "Trails to Rails" utilizes the simple, fun Catan hex-tile grid to map the young United States. Collect and trade resources in order to purchase and move settlers, build cities, lay rails, and acquire and move trains.

Translating the fictional realm of Catan into actual history is no easy task - but these standalone games do it with style! Each game is played in the same style as the original Settlers of Catan, but with a few twists.  Instead of spreading to the next-best tile, Histories tasks players to fulfill a historic goal. In Settlers of America, players start in the populous East as they build covered wagons, railways, and trains to expand West and keep their pioneers well-supplied. Merchants of Europe mimics late Middle Ages trade as European merchants expand to new and untapped markets. The goal in each game is to create a sort of "resource chain" by expanding into new markets, acquiring goods, and beating your competitors to the best locations! Does not require Settlers of Catan to play. For 3-4 players. 2-hour playtime. 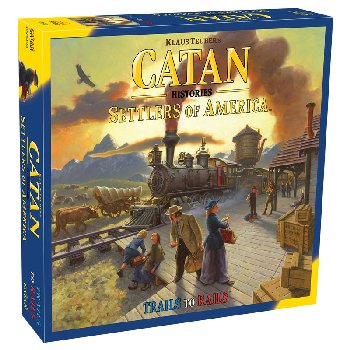