Anatomy Fluxx is the newest addition to our education line and takes you deep into the human body. From Bones to Blood Vessels, Anatomy Fluxx is packed with all the body bits that keep you ticking. But be on the lookout for Virus, Mutation, and Bacteria Creepers! Plus, two Learning Rules will get your Brain in gear with anatomical trivia. Anatomy Fluxx - for external use only!

Primary Subject
Science
Grade Start
7
Grade End
AD
EAN
857848004611
Format
Other
Brand Name
Looney Labs
Weight
0.4 (lbs.)
Dimensions
4.88" x 3.75" x 1.0"
Powered by TurnTo
Questions that need answers | My Posts
Start typing your question and we'll check if it was already asked and answered. Learn More
Do not include HTML, links, references to other stores, pricing or contact info.
My question is about: 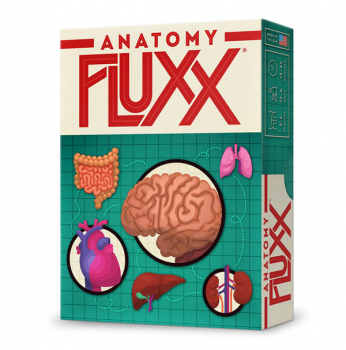