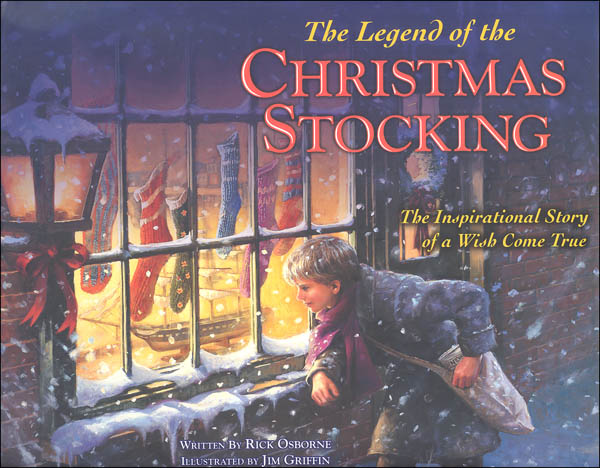 Legend of the Christmas Stocking

This beautiful story will remind young and old of the true meaning of Christmas. Peter discovers the origin of hanging stockings at Christmas, the generosity of a man named Nicholas, and is reminded of God's love and generosity toward us. Set in the 1800s, Peter's father is away at sea and Peter is selling newspapers to raise money to buy a model schooner and to help his family during this difficulty time. His pastor shares the story behind the hanging of stockings and Peter prays that God will help him be generous with his mother and sisters this Christmastime. Although written for younger children, the lesson taught through the stories of Peter and Nicholas is a reminder to us all that "it is more blessed to give than to receive." 32 pgs, hc. ~ Donna

This wonderful Christmas tale, set in the late 1800s, shares the touching story of a young boy named Peter. He sells newspapers to help his family while his father is away at sea, and he's been saving a bit of his earnings to buy a model schooner in the woodworker's shop. But after Uncle Jim, the woodworker, tells him the story of St. Nicholas, Peter discovers the meaning behind the hanging and filling of Christmas stockings and learns a heartfelt lesson in kindness and generosity. Filled with the rich, realistic illustrations of Jim Griffin, children ages 4 to 8 will discover the depth of God's love shown through others as they learn the Christian meaning revealed in The Legend of the Christmas Stocking. 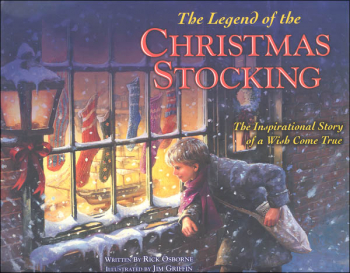