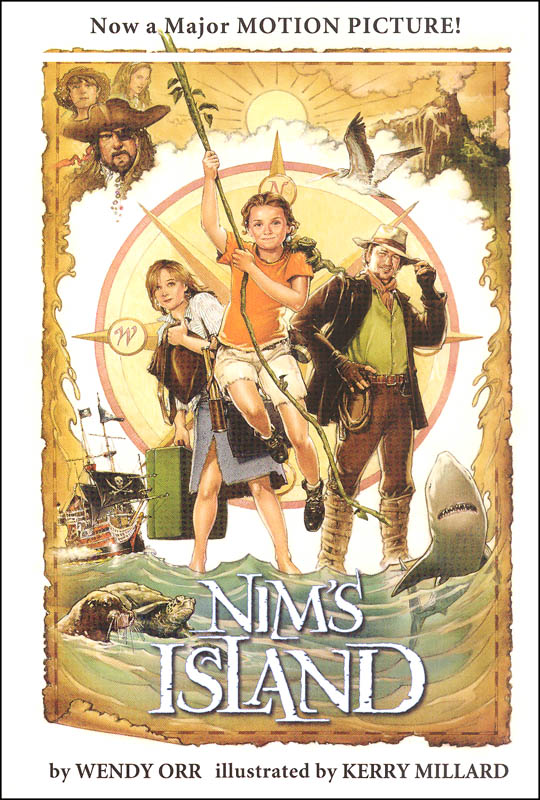 Nim and her father, Jack, live on an island by themselves. Well, except for Nim’s friends, Fred the iguana, Selkie the sea lion, and a few other island animals. When Nim’s father, Jack, sails away to study plankton for a few days, Nim must take care of herself on the island while he is gone – picking coconuts, tending the garden, and responding to e-mails. Nim is thankful for her mysterious e-mail friend when she stops getting phone calls from her father. Is her father alright? Will Nim be brave enough with the help of her friends when disaster seems near?

Journey into Nim’s island world through this adventurous story by Wendy Orr. Simple black and white illustrations by Kerry Millard add to the whimsical feel of this children’s book. 128 pgs, pb. ~ Rachel

A girl. An iguana. An island. And e-mail. Meet Nim - a modern-day Robinson Crusoe! She can chop down bananas with a machete, climb tall palm trees, and start a fire with a piece of glass. So she's not afraid when her scientist dad sails off to study plankton for three days, leaving her alone on their island. Besides, it's not as if no one's looking after her - she's got a sea lion to mother her and an iguana for comic relief. She also has an interesting new e-mail pal. But when her father's cell-phone calls stop coming and disaster seems near, Nim has to be stronger and braver than she's ever been before.

And she'll need all her friends to help her. 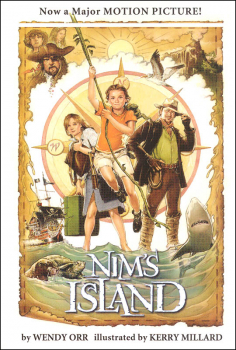