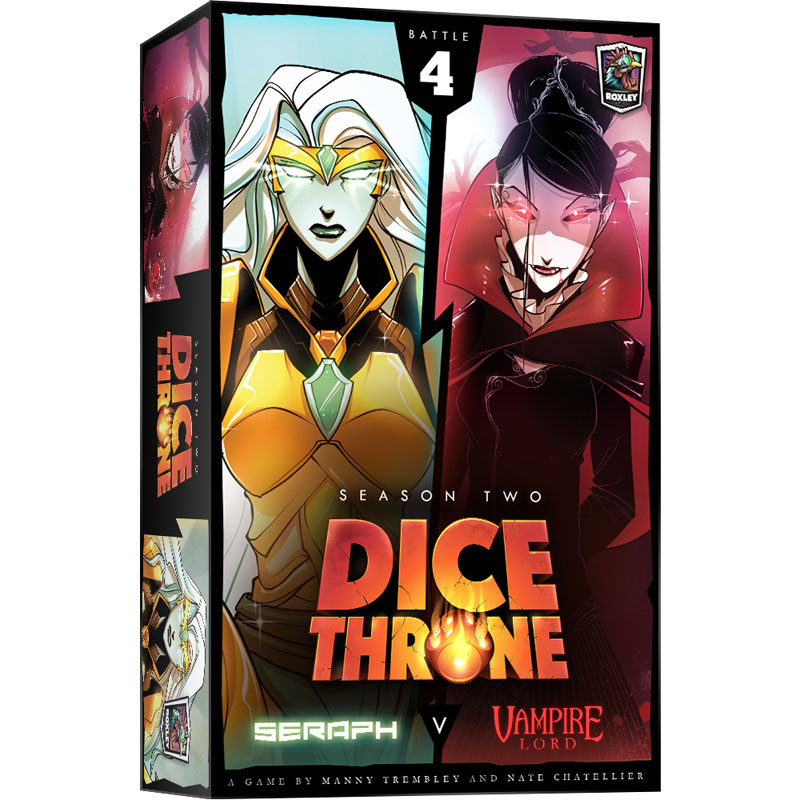 Each year, the Mad King hosts a tournament of champions with the greatest prize a hero could ever want: The Throne. Will you be the one bold enough to take it? Dice Throne is a competitive or team-based dice rolling combat game with variable player powers.

A heart-pumping, fast-playing game of skilled card play and dice manipulation. The game is played over a series of rounds where you will be rolling your hero's dice up to 3 times. You will use the combination of dice symbols or numbers to activate your hero's abilities to attack your opponent(s).

Dice Throne is a game of intriguing dice, tactical card play, powerful heroes, and unique abilities. It's a fast-paced 2-6 player combat game (1v1, 2v2, 3v3, 2v2v2, or free-for-all). Select from a variety of heroes that play and feel completely distinct from one another. Attack opponents and activate abilities by rolling your hero's unique set of five dice. Accumulate combat points and spend them on cards that have a large range of effects, such as granting permanent hero upgrades, applying status effects, and manipulating dice directly (yours, your teammate's, or even your opponent's).

All heroes are compatible with any heroes from any other season of Dice Throne. Each hero has their own beautiful set of custom dice. Use upgrade cards to improve your hero's abilities as the game progresses. Play action cards strategically to manipulate dice and surprise your foe.

Primary Subject
Games, Puzzles & Toys
Grade Start
3
Grade End
AD
ISBN
9781988884226
Format
Other
Brand Name
Roxley
Weight
0.0 (lbs.)
Powered by TurnTo
Questions that need answers | My Posts
Start typing your question and we'll check if it was already asked and answered. Learn More
Do not include HTML, links, references to other stores, pricing or contact info.
My question is about: 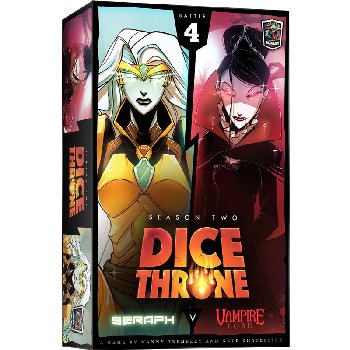