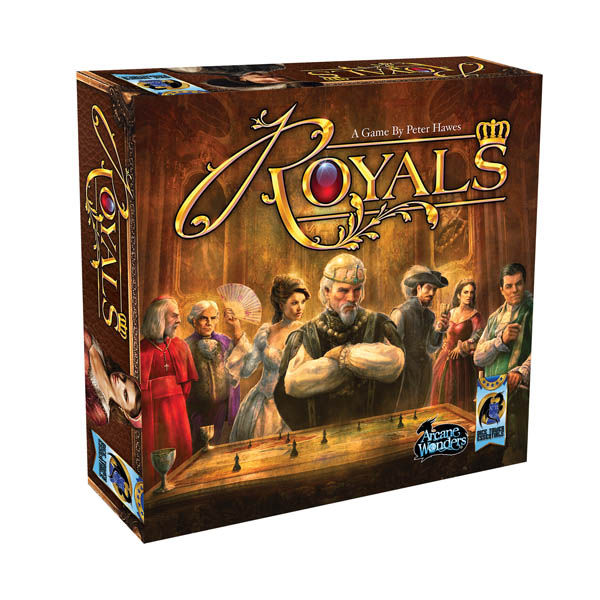 You are a member of a noble family leveraging for power in European courts, ousting kings and dukes alike in favor of those partial to your cause. In this Ticket-to-Ride-like game, players take turns drawing and playing sets of colored cards (representing England, France, Germany, and Spain) to place nobles in cities throughout Europe. Intrigue Cards allow players to depose opponent's nobles and place their own! This adds a wonderful layer of strategy and tension to the game. Acquire the most victory points by placing nobles in key cities and earning bonuses. Being the first player to acquire a noble in a city, having a noble in every city of a country, and having one of each type of noble (Marshal through King) earns bonuses. Three "Time Periods" also divide the game and allow for scoring: whoever is the most and second-most influential in a country gains major bonuses. When three periods are completed, final scoring takes place and the player with the most victory points wins. 2-5 players; 60 minutes.

Royals is a strategy game of intrigue and power for 2-5 aspiring Nobles. The players are the leaders of the great noble houses of the 17th Century, fighting for supremacy over Europe. With the help of Country cards, they place their nobles in cities of their choice, earning victory points. The higher the rank of the Noble, the more Country cards are required. 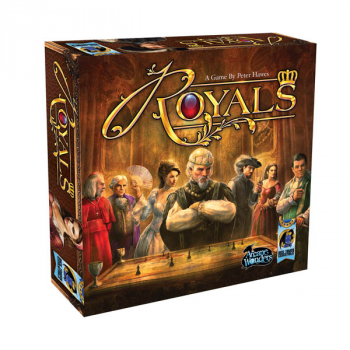