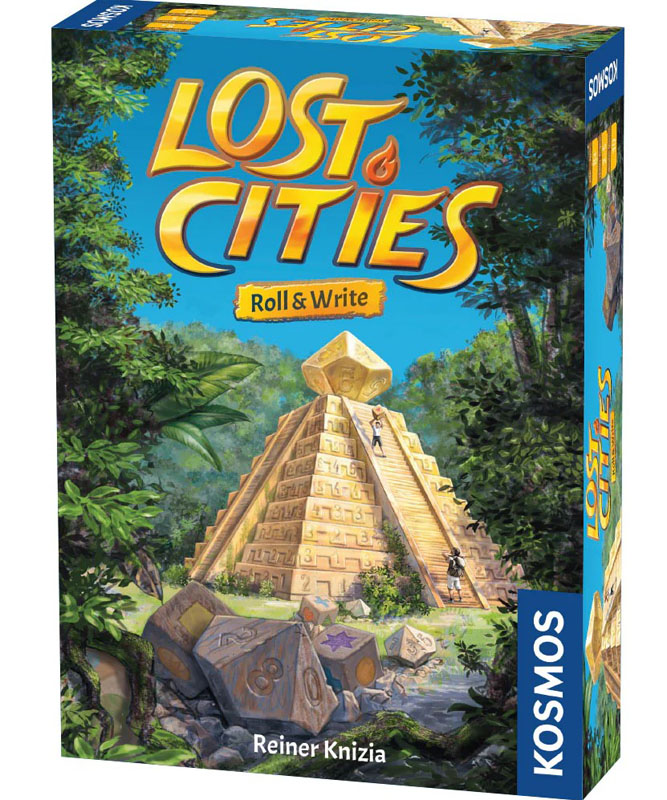 Here is a quick and easy-to-play roll & write adventure for family game night that is perfect for 2-5 players, ages 8 and up. This game is small and portable so it can easily be brought along to the beach, family picnics or thrown in your backpack for wherever life takes you! Lost Cities Roll & Write takes you on six jungle expeditions in which you climb a pyramid with different colored paths. The goal is to scale each expedition path, starting with the lowest possible number and slowly use repeating or ascending numbers to reach the top of each path, gathering as many bonuses as possible along the way. Using the color/number combinations of dice that players take turns to roll, a combination of dice is chosen to proceed with one of the expeditions and mark that number on the scoresheet. With nine levels to ascend, it is wise to carefully strategize your climb to maximize the odds of successfully reaching the top. If a dice roll is too disadvantageous to be used or cannot be used, a player can choose to take a “pass” on a roll. In total, there are eight bonus “bridges” – one per expedition for the first player to reach level seven, another when any one player circles seven of the nine available artifacts and one for any one player taking seven “passes” on a dice roll. The game ends when all these bonuses have been reached by one or different players, or when everyone has taken nine total “passes” on the dice combinations they have to choose from. This game is a nice balance between luck and strategy that you will find yourself coming back to again and again when you just need something that is light, easy, and fun to play. For 2-5 players, with a playtime of 30 minutes.

Get rolling on your next Lost Cities adventure!

Begin your expedition on one of six colored paths by rolling the smallest possible numbers on the dice. Each turn, decide whether to continue an expedition or start a new one. Acceleration fields and artifacts provide opportunities to advance quickly, but you’ll have to carefully consider which paths to take on which roll. If you make good progress, victory beckons — but if an expedition gets stuck, you will lose points just as quickly as you earned them! And don’t forget to keep an eye on your competitors’ jungle expeditions — the cleverest adventurers can advance quickly to victory if they choose the right paths in the right order. This small and portable format is the perfect Lost Cities game for on-the-go fun. Simple rules and a short play time make this game ideal for family game nights.

Primary Subject
Games, Puzzles & Toys
Grade Start
3
Grade End
AD
EAN
4002051680589
Format
Other
Brand Name
Thames and Kosmos
Weight
0.65 (lbs.)
Dimensions
7.0" x 5.0" x 1.5"
Powered by TurnTo
Questions that need answers | My Posts
Start typing your question and we'll check if it was already asked and answered. Learn More
Do not include HTML, links, references to other stores, pricing or contact info.
My question is about: 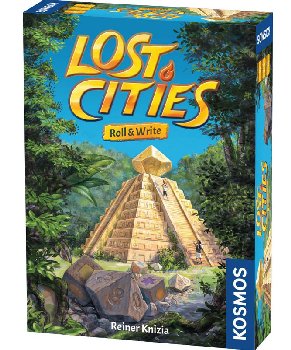