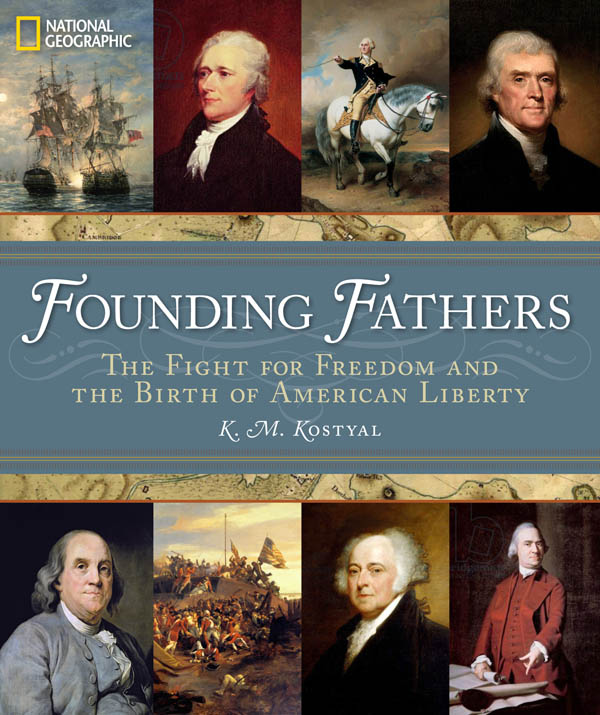 Founding Fathers: Fight for Freedom and Birth of American Liberty

Comprehensive and lavishly illustrated in full-color, this book presents the sweeping tale of the making of the United States, from colonial days to the establishment of a new nation. This volume published by National Geographic, not only informs readers about the leading personalities and events of America's struggle for independence, but also about how these events continue to influence United States' direction today. This book is a great place to start for any student who has a desire to learn more about the founding and history of the U.S. The text includes a helpful timeline, numerous high-quality maps, and copies of some of America's key founding documents. Part of A Well Planned Gal's A New Nation 9th grade curriculum. 9 1/2" x 11, 340 pgs, hc." ~ Mike

Kostyal tells the story of the great American heroes who created the Declaration of Independence, fought the American Revolution, shaped the US Constitutionand changed the world. The era's dramatic events, from the riotous streets in Boston to the unlikely victory at Saratoga, are punctuated with lavishly illustrated biographies of the key foundersAlexander Hamilton, John Adams, Ben Franklin, Thomas Paine, Thomas Jefferson, George Washington, and James Madisonwho shaped the very idea of America. An introduction and ten expertly-rendered National Geographic maps round out this ideal gift for history buff and student alike. Filled with beautiful illustrations, maps, and inspired accounts from the men and women who made America, Founding Fathers brings the birth of the new nation to light. 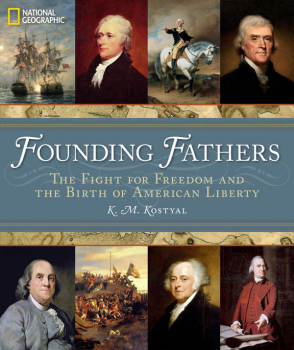