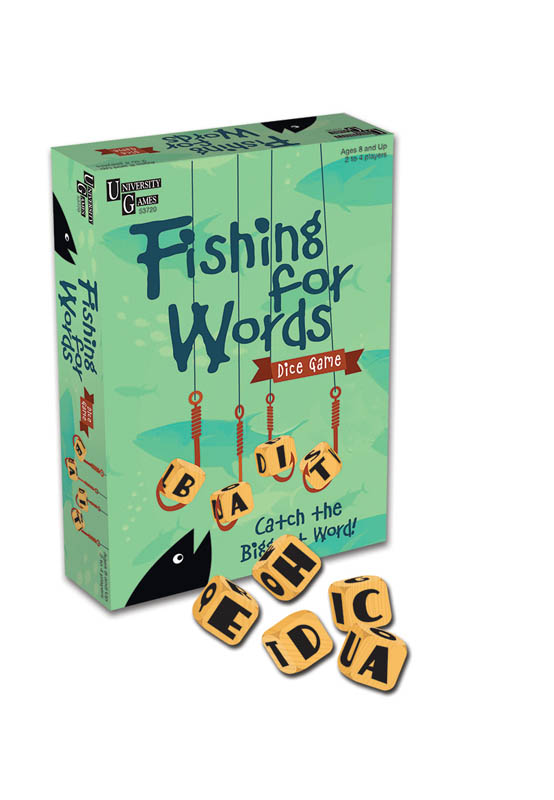 Trout-nce your opponents in this simple word game! The game is composed of 10 wooden dice, a score pad, and a dice mat. One player rolls the dice and creates the highest scoring word they can. Letters are worth varying point values based on difficulty. The other player rolls the remaining dice and creates the best word they can (crossword style to the original word). Players take turns rolling the unused dice, and dice used in their previously played word, leaving only the last word on the mat, and making new words. Will you have the catch of the game? 2 players or teams; 10-20 minutes. ~ Megan