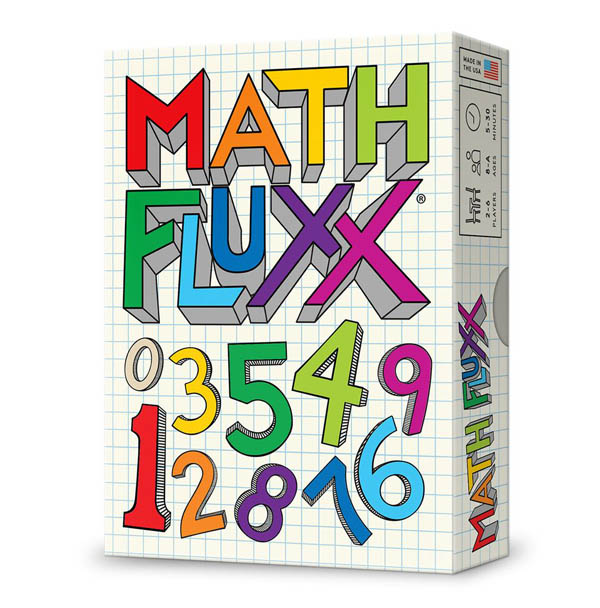 Math Fluxx really is all about the numbers. Players use positive integers (whole numbers) in their quest to achieve a very mathematical Goal. But it's not just putting 4 and 2 together to achieve the 42 Goal (for example); Math Fluxx also features the Plan B Meta Rule. Plan B puts Special Victory Rules into play which give you a second way to win and require even more arithmetical acumen (for example, Plus Victory lets you win if your Keepers add up to the current Goal). With Math Fluxx, the fun is exponential!

Primary Subject
Mathematics
Grade Start
3
Grade End
AD
EAN
857848004475
Format
Other
Brand Name
Looney Labs
Weight
0.4 (lbs.)
Dimensions
4.88" x 3.75" x 1.12"
Powered by TurnTo
Questions that need answers | My Posts
Start typing your question and we'll check if it was already asked and answered. Learn More
Do not include HTML, links, references to other stores, pricing or contact info.
My question is about: 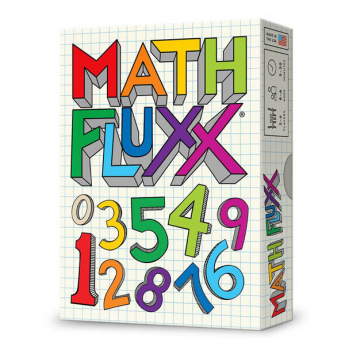