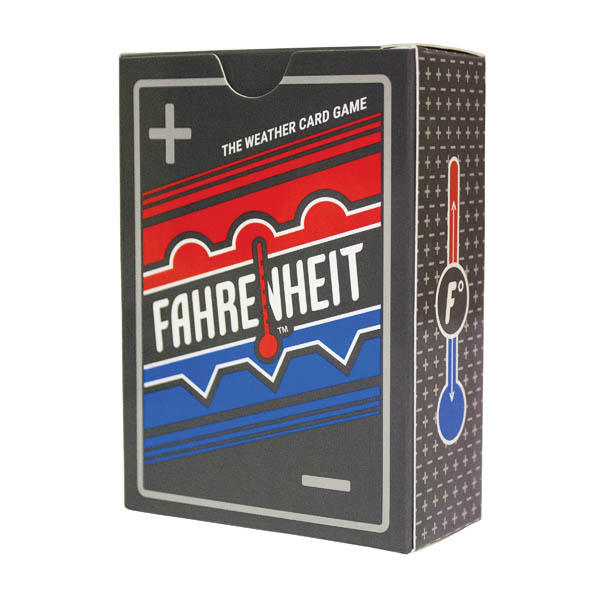 Not many card games practice negative numbers, but this one uses the concept of temperatures to practice the up and down of numbers between 32 and -32. The deck includes integer cards and 5 different types of wild cards. Game play is easy: play cards that follow the direction of the previously played card. If it is a positive number, the next player plays a positive number card that is greater; if the card played is negative, the next player must then play a descending negative number. If you can't play the appropriate positive or negative number, you might be able to play a wild card. Blue Cold Front cards set the temperature falling; red sets the temp to rise. Forecast wild cards are red and are played along with a number card to reset the temp direction. Frost wild cards are blue and freeze play to the next player. Zero wild cards set the temp to zero degrees and the player then chooses the temp direction. This card game can go up and down like the red on a thermometer. ~ Donna

Powered by TurnTo
Review More Purchases | My Posts
5.0 / 5.0
2 Reviews
5 Stars
4 Stars
3 Stars
2 Stars
1 Star
2
0
0
0
0
Rated 5 out of 5
Game of Mathematical FUN!!!
My family really enjoys playing Fahrenheit because of all of the twists and turns we take until the very end. We find ourselves laughing a lot! Since you have to try to get closest to zero degrees at the end there is a LOT of math being done which is great for children AND adults for refreshing their math skills. Children also have to learn the skill on knowing WHEN to use subtraction or addition. They won't even realize just how much math they're actually doing while having a great time! A HUGE thumbs up for this game!
August 26, 2017
User
Rated 5 out of 5
Great game for teaching positive/negative math concepts.
We enjoy playing this game. It's somewhat unpredictable which makes it a bit more enjoyable than some other games out there. You really don't know who's going to win till the end. Because it deals with positive and negative temperatures, this game is great for teaching some basic math concepts.
August 13, 2017
User 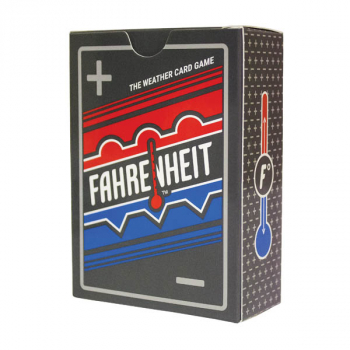