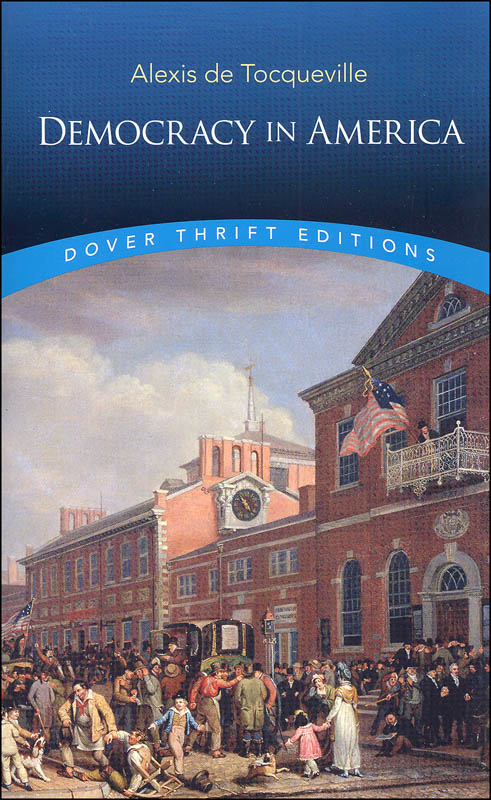 Based on the Henry Reeve translation approved by Tocqueville himself, this Dover Thrift edition recounts his 1850 analysis of the young United States government as the best example for the French as they built their democracy. Believing that the “gradual development of the principle of Equality is a providential fact,” the author provides an in-depth “outsider’s” view of our fledgling democracy. Long held as a fundamental and valuable document in democracy studies, this Volume I and II combination discusses such aspects as sovereignty, judicial power, the constitution and the 3 branches of government, political parties, suffrage, race, the advantages of democracy, majority rule, religion’s role and more. You’ll get just the full text here with a few author’s footnotes. 499 pgs, pb. ~ Ruth

In the early 19th century, a French sociologist and political scientist undertook a seven-month journey throughout the newly formed United States. Alexis de Tocqueville surveyed the young nation's religious, political, and economic character and reported his findings in two volumes, published in 1835 and 1840. Two centuries later,Democracy in Americaremains among the most astute and influential surveys of American politics and society.
de Tocqueville focuses on why republican representative democracy prevailed in the United States, tracing its success from the state of equality established by the early Puritan settlers through the American Revolution and adoption of the Constitution. His speculations on the future of democracy offer prescient, thought-provoking reading, and his classic work remains a touchstone for modern thinkers on government. This edition is based on the earliest approved translation, which has served as the standard version for over a century and comes closest to reflecting the author's insights as perceived by his contemporaries. 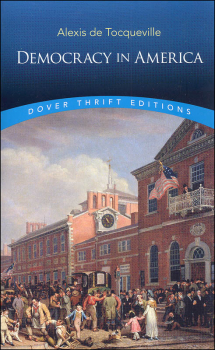