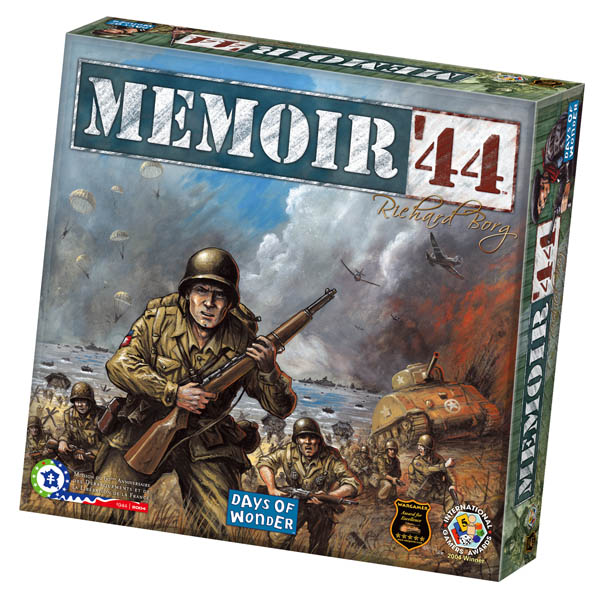 The sound of gunfire echoes across the living room. A sudden crash - the dice deliver a death sentence to two more men in Bravo squad. Under a hail of bullets, the plastic figurines dive for cover, running back toward the crashing waves. The Allies won't be taking Omaha Beach without a fight.

This, commander, is one of many scenarios that you and your troops may come up against in the fight against our foe. We have 16 operations planned out for this waracross France and Germany. Each battlefield is made up of many varied types of terrain which you will have to plan around. Rivers, towns, forests, and obstacles (such as bunkers, sandbags, and wire) all offer unique strategic options to your (and your enemy's) forces. Throughout these excursions, you'll have access to three divisions of our military: Infantry, Armor, and Artillery. Each has advantages and disadvantages and must be used carefully. During each battle, Headquarters will be relaying several strategic options to you. You will choose one of these options to advancethrough the center of the battlefield and on the right and left flanks. Once your units are in position and close enough to an enemy target, you'll be able to attack and drive them from the battlefield! The road to victory is, of course, varied; you may be required to take key locations or eliminate enemy forces to gain victory. If you are able to succeed, you will crush the enemy resistance before it has a chance! You'll need to plan your strategy carefully - certain operations will give you and your foe wildly different options, and we aren't able to intercept your opponent's tactical orders. Whenever you're ready, commander, the troops are waiting for you. Let's bring this war to an end.

Apart from being a unique strategy game, Memoir '44's application as an interactive historical supplement is unparalleled. Every historically-accurate scenario has its own description detailing the planned events of that day, including the outcome - though depending on which player wins the game, you may end up rewriting history! For 2 players. 30-60 minutes.

From the cliffs of Pointe-du-Hoc to the hedgerow battles in the Cotentin Peninsula and beyond -- Memoir '44 airdrops you into the key battles that turned the tide in Western Europe during the summer of 1944. Omaha Beach, Pegasus Bridge, Operation Cobra... Step in and command your troops on the battlefields that defined History in the 20th century!

Powered by TurnTo
Review More Purchases | My Posts
5.0 / 5.0
1 Review
5 Stars
4 Stars
3 Stars
2 Stars
1 Star
1
0
0
0
0
Rated 5 out of 5
Doable for younger players and fun fir adults.
We like this game. Fun for the adults and the 7 & 8 yr old. Instructions seem complicated but when played it’s pretty easy. Watching YouTube videos helped us speed up learning it. 16 possible historical scenarios to start a game from. D/t the fact that the historical aspects give one side an advantage you are instructed to play the scenario, tally points, switch sides, play all over again and then compare total points so that the play is fair. This shouldn’t take too much time. Lastly, one YouTude video suggested members of the two teams could be assigned a flank or central command. Therefore, if a younger player is assigned the right flank and the team needs to play on that sector the board, they could make the decisions on that play while an adult or another player could command other units on the boards 3 sections. Fun and interesting!
August 17, 2021
Alison D
Purchased
1 year ago 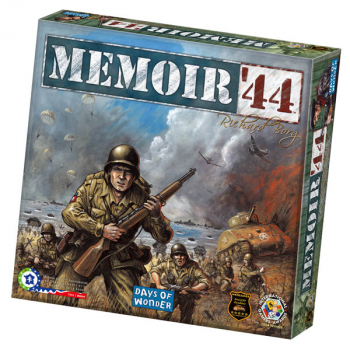