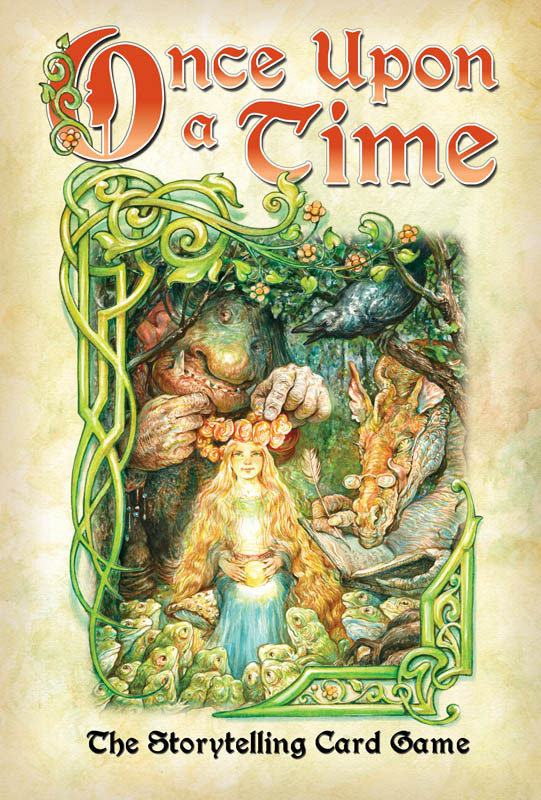 Once Upon a Time: Storytelling Card Game

Weave a fairy tale with family and friends as you play story element cards working your story towards your desired ending. The first player starts by putting down story element cards for character, thing, place, aspect, and event. For example, if the player has a card that says guard, the player could play if the story's hero must sneak past the guard. The storyteller can keep playing cards while telling the story until the storyteller gets stuck, contradicts himself, starts to ramble, or plays an element not important to the story. The next player continues the story. Another player can also play an interrupt card to take over the story if it matches an element introduced by another storyteller. Each turn ends by drawing a new card. The game is over when a player is able to play his ending card. Great for helping to inspire creative thinking and listening skills, as players need to improvise a story in a way that connects to what other storytellers included. Contains 114 beautifully illustrated story cards and 51 ending cards.

Tell your own fantastic tales of brave heroes and daring adventure!

Once Upon a Time is the award-winning storytelling card game that encourages creativity and collaborative play. One player is the Storyteller, and begins telling a story using the fairytale elements on her Story cards, guiding the plot toward her Ending Card. The other players use their own cards to interrupt her and become the new Storyteller. The winner is the first player to use all her Story Cards and play her Ending Card. The object of the game, though, isn't just to win, but to have fun telling a story together. 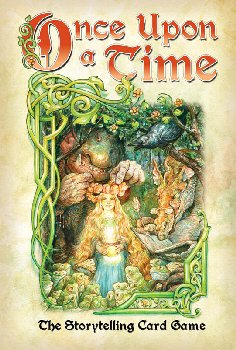