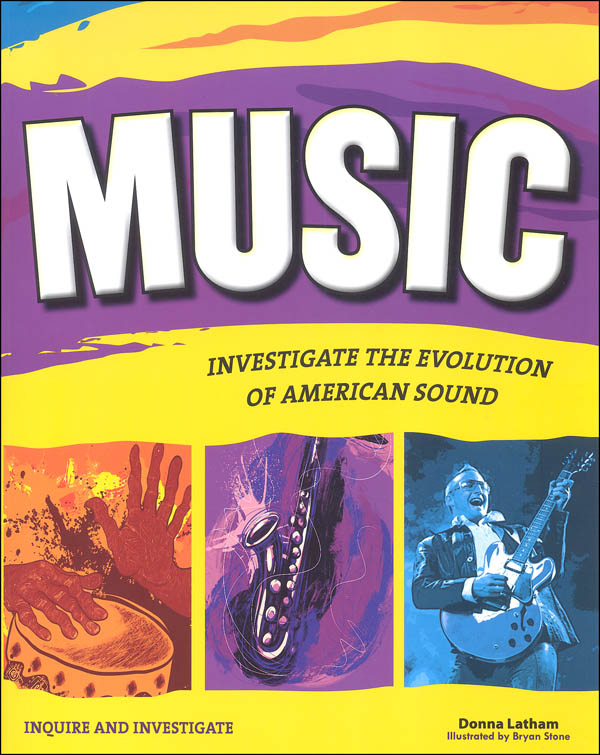 Music history was probably one of the most difficult parts of my musical education. The textbooks were always so dry and seemed irrelevant. This, thankfully, is not the case here. This book presents the history of music with an approachable mix of material: an occasional look at the science behind sound and how waves and pitches travel, informative text, quotations, hands-on activities, songs and playlists on YouTube accessible via QR codes (Parents, you may want to check that the links are still valid before handing them over to students. QR codes are easily scan-able via free apps available through phone or tablet's app store. Just search for QR Code Reader).

As the text progresses through history, the focus is on analyzing the influences and the components of music. Start with folk music which came to the U.S. from England as well as songs sung by slaves and then progress to the patriotic music during the late 1700s and early 1800s. Move to the jazz, blues and country sounds of the Roaring Twenties; the effects of the World Wars on music as well as social justice issues during the 1950s, and the evolution of rock and hip hop and lastly, to modern-day music.

While not divided into any sort of lesson plans, this could make for a fun course of study if your children are particularly music minded. Parents could even use this as a great supplemental resource to an American history program with a little planning ahead. 120 softcover pages. Laura

Music: Investigate the Evolution of American Sound invites kids ages 12 and up to explore the roots of American music genres as they investigate the social, political, and religious influences that inspire musicians. Activities encourage readers to inquire into the art and science of music. Readers can engage in a hands-on exploration of the physics of sound vibrations, decibel levels, and acoustics, or use vocal styling to improvise and discover the rhythm of their bodies to create a beatbox. Music encourages readers to analyze lyrics, their meanings, and rhythms, and then use that analysis to write their own songs. This title meets common core state standards in language arts for reading informational text and literary nonfiction and is aligned with Next Generation Science Standards. Guided Reading Levels and Lexile measurements indicate grade level and text complexity. 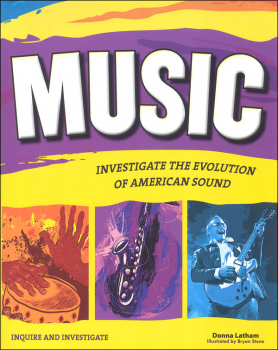