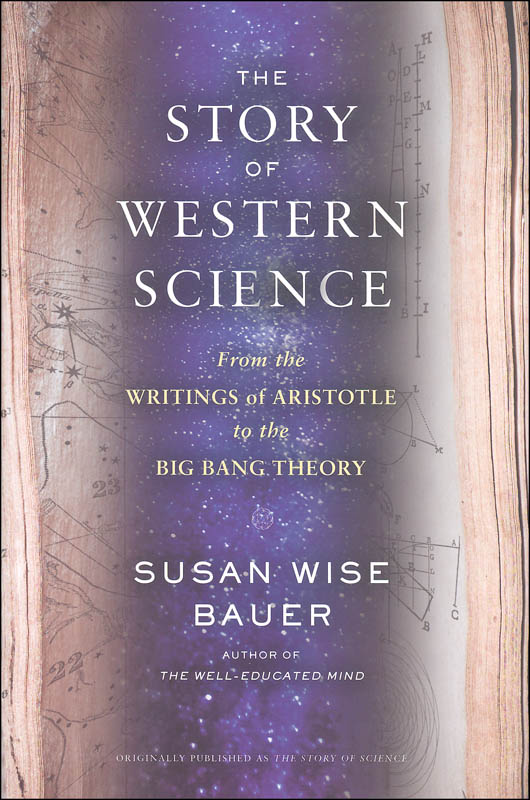 Story of Western Science: From the Writings of Aristotle to the Big Bang Theory

We've all read the legends of great scientific discoveries; from Archimedes jumping out of the bath shouting, "Eureka!" to Galileo defending his major work on heliocentrism from the Inquisition. But unfortunately for most of us, the story is where our knowledge ends and we have a tendency to take for granted the years of work and conflict that it took for these men and women of science to make sense of their discoveries, and then explain them to the world. Susan Wise Bauer's book attempts to compile select major scientific works and their corresponding discoveries in chronological order to help readers better understand where this "very human pursuit" of science originated and how our ideas of science have changed through history. The 28 brief chapters are organized into five parts: "The Beginnings" (from Hippocrates to Copernicus), "The Birth of the Method" (from Francis Bacon to Isaac Newton), "Reading the Earth" (from Georges-Louis Leclerc and Comte de Buffon to Walter Alvarez), "Reading Life" (from Lamarck to Stephen Jay Gould) and "Reading the Cosmos" (Albert Einstein to James Gleick). The chapters do an excellent job of acquainting us with the featured scientist as we get a quick overview of their life's work and their major writings. Each chapter closes with a link to read excerpts from the scientists' foundational written work, and then the author provides a brief bibliography of the translations and versions of their works that are available in print today should you want to read the original work yourself. It's an ambitious project, but the author has taken an immense volume of knowledge and distilled it into an understandable overview, with lots of guidance on how to dig deeper into the scientists' original works. Much like her History of the World series, this is a book that curious adults will enjoy, either as a refresher or to round out their current knowledge. It would also provide an excellent foundation for high school students who will be exposed to most of these scientific discoveries and concepts through their more topical science courses. 316 pages, hc. - Jess

In the tradition of her perennial bestseller The Well-Educated Mind, Susan Wise Bauer delivers an accessible, entertaining, and illuminating springboard into the scientific education you never had. Far too often, public discussion of science is carried out by journalists, voters, and politicians who have received their science secondhand. The Story of Western Science shows us the joy and importance of reading groundbreaking science writing for ourselves and guides us back to the masterpieces that have changed the way we think about our world, our cosmos, and ourselves.

Able to be referenced individually, or read together as the narrative of Western scientific development, the book's twenty-eight succinct chapters lead readers from the first science texts by Hippocrates, Plato, and Aristotle through twentieth-century classics in biology, physics, and cosmology. The Story of Western Science illuminates everything from mankind's earliest inquiries to the butterfly effect, from the birth of the scientific method to the rise of earth science and the flowering of modern biology.

Each chapter recommends one or more classic books and provides entertaining accounts of crucial contributions to science, vivid sketches of the scientist-writers, and clear explanations of the mechanics underlying each concept. The Story of Western Science reveals science to be a dramatic undertaking practiced by some of history's most memorable characters. It reminds us that scientific inquiry is a human pursuitan essential, often deeply personal, sometimes flawed, frequently brilliant way of understanding the world. 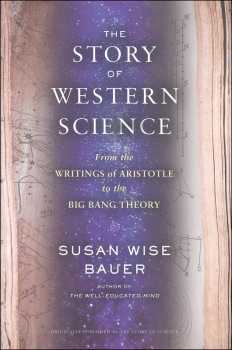