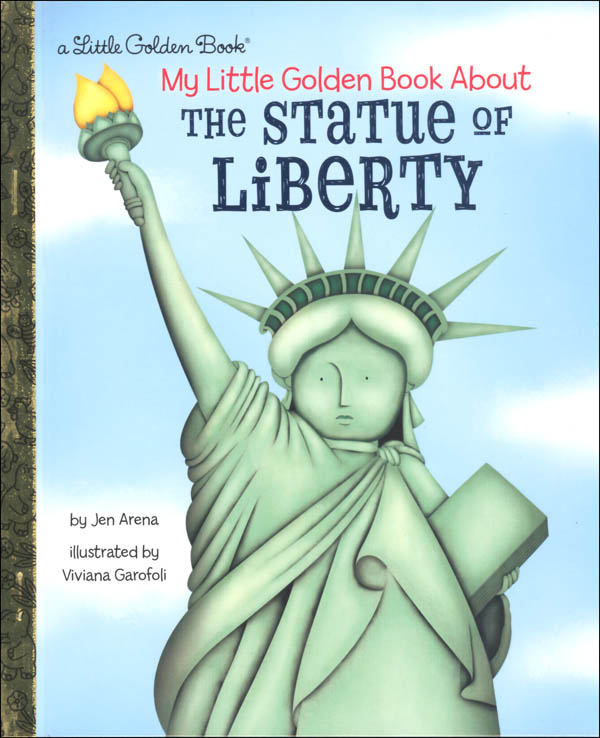 My Little Golden Book About the Statue of Liberty

The Statue of Liberty stands as a symbol of freedom in America, but it wasn’t always that way. This book tells the interesting true story behind the statue in a way that is easy for kids to understand, with cute cartoon illustrations. Learn how the statue went from an idea in a French professor’s mind to an engineering marvel standing as a beautiful beacon of hope. A page at the back gives the names of the key people who helped to create Lady Liberty. 24 pgs, hc. ~ Rachel E.

Now the littlest readers can learn about how the Statue of Liberty came to be--and what it means to people all over the world.

In this engaging book, preschoolers will learn the fascinating story behind the creation of the Statue of Liberty. Simple words and bright artwork bring to life the story of the people--a professor, a sculptor, a poet, a newspaperman--who helped establish this famous landmark. Little ones will learn that the torch was created first, in time for America's 100th birthday, and displayed in a park. And they'll gain a clear understanding of what the Statue of Liberty has always meant to people around the world. Fun facts, such as how schoolchildren gave their pennies to help pay for the base of the statue, complete this charming nonfiction Little Golden Book. 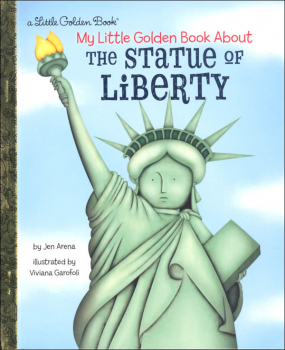