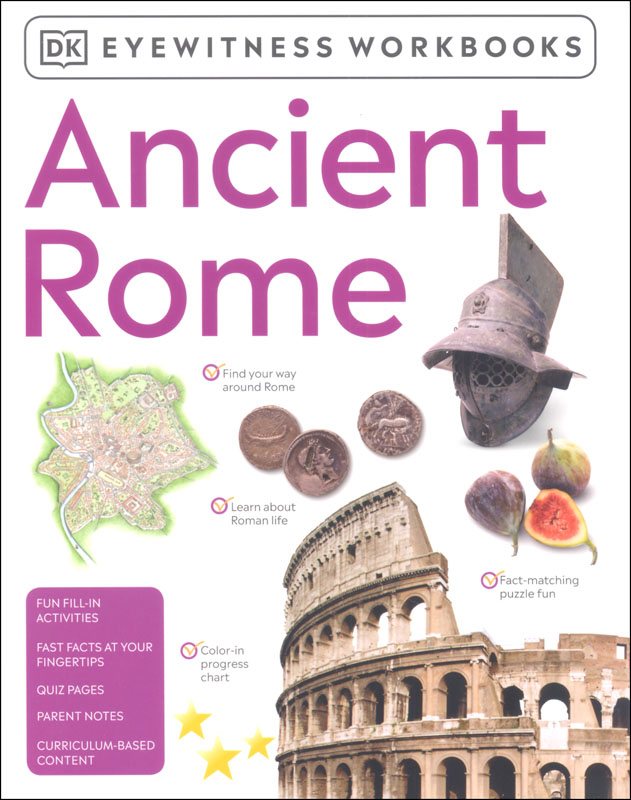 Topics include early Rome, Roman Conquerors and Rulers, People, the Roman Army, Religion, Roman roads, as well as aqueducts and domes. Town features including the forum, theater, and baths are briefly considered. A summary of Christianity is included as a historical fact.

Some subjects are too interesting to be left at school! Carry on your love of history at home with Ancient Rome–an activity-packed exploration of people and places in this early empire.

Divided into sections, the book starts with fast facts on topics including the army, religion, emperors, senators, towns, conquests, and architecture; and ends with charts of famous structures in Rome and famous rulers. Using this information, you can complete the puzzles in the main part of the book, plus there are hands-on activities such as a Roman recipes, making a Roman toga, and playing the Roman game of knucklebones. Finally, test your newfound knowledge with the quick quizzes (with answers supplied). You can keep track of your achievements throughout with a star chart to fill in every time you finish a page.

Note to parents: The Eyewitness Workbooks series is devised and written with the expert advice of educational and reading consultants and is designed to appeal to children ages 8 years and up. First published in 2007-2009, this series has been fully revised and updated for 2020.

There is a lot to love about the fascinating DK Eyewitness books, with fun activities and quick quizzes! Beginning with Fast Facts which provide an overview as well as key facts, the book transitions to activity pages which review the fact pages. Activities vary. Examples of activities include matching, drawing, fill in the blank exercises, map labeling, or a hands-on activity. Colorfully illustrated. Color-in progress chart, Parent Notes, and Answers are included. This series provides an excellent topical review to add to your history fun, and may work well as a summer or winter break review. Not reproducible. 48 pgs, pb. ~Deanne 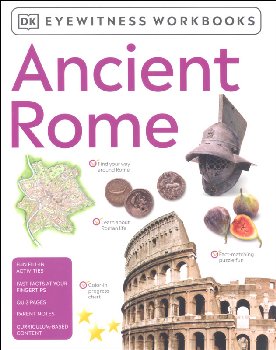