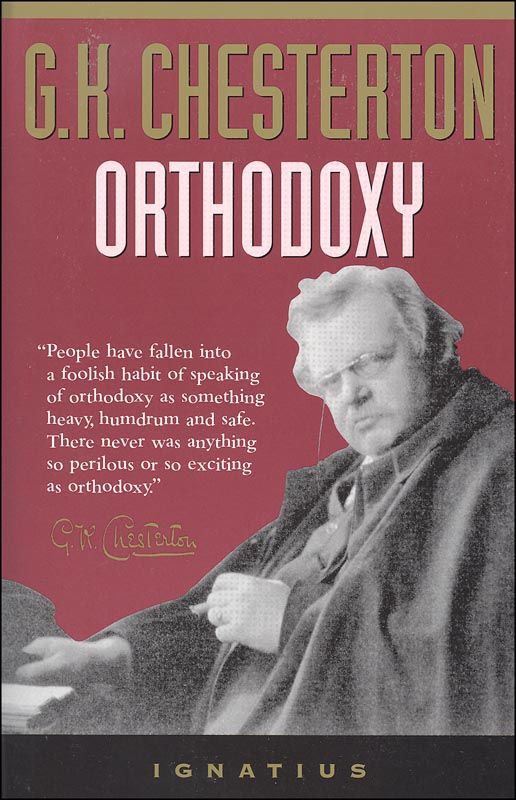 The writings of G.K. Chesterton have delighted readers for over a century. His works include plays, novels, poetry, literary commentary, pamphlets, essays, and lectures. Perhaps it's only among my Facebook friends, but his quotes show up regularly there. There's probably an app that spits one out daily. He's loved because he writes cleverly yet with straight forward perceptivity. This book might be classified as his autobiography. He uses the analogy of a young explorer that eagerly sets off to discover new worlds. Thinking he has done so, he prepares to go and conquer only to discover that he's landed practically in his own back yard. What was this journey/discovery that ended so close to home? A self-described pagan at age twelve and totally agnostic by his sixteenth birthday, his journey to find answers and explanations landed him square in the middle of orthodox Christianity. Once there, he spent the rest of his long life in appreciation of both the journey and the discovery. Only thirty-four when he wrote this, it's nevertheless a classic example of his robust prose. It's also a resource for Lightning Literature upper level. 168 pgs, pb. ~ Janice

Gilbert Keith Chesterton is one of the most celebrated and reverently esteemed figures in modern literature. He was a phenomenally prolific writer. After achieving early success as an illustrator, he subsequently established his fame as a playwright, novelist, poet, literary commentator, pamphleteer, essayist, lecturer, apologist, and editor. The depth and range of his work are astounding. A pagan at only 12 and totally agnostic by 16, Chesterton had the remarkable experience of developing a personal, positive philosophy that turned out to be orthodox Christianity. Orthodoxy, his account of it all, has not lost its force as a timeless argument for the simple plausibility of traditional Christianity. C.S. Lewis and many other emerging Christian thinkers have found this book a pivotal step in their adoption of a credible Christian faith. This intellectual and spiritual autobiography of the leading 20th century essayist combines simplicity with subtlety in a model apologetic that appeals to today's generations of readers who face the same materialism and antisupernaturalism as did the "man at war with his times." Of the numerous works that Chesterton wrote, the most scintillating synthesis of his philosophy and deeply religious faith was manifested in his masterpiece, Orthodoxy, written when he was only thirty-four and which tells, in his inimitable, soaring prose, of his earth-shaking discovery that orthodoxy is the only satisfactory answer to the perplexing riddle of the universe. Orthodoxy is perhaps the most outstanding example of the originality of his style and the brilliance of his thought. "There has never been a more articulate champion of classic Christian orthodoxy, virtue, and decency than this rotund jouster whose words were his weapons." 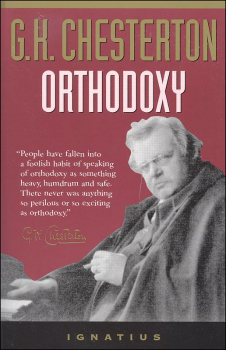