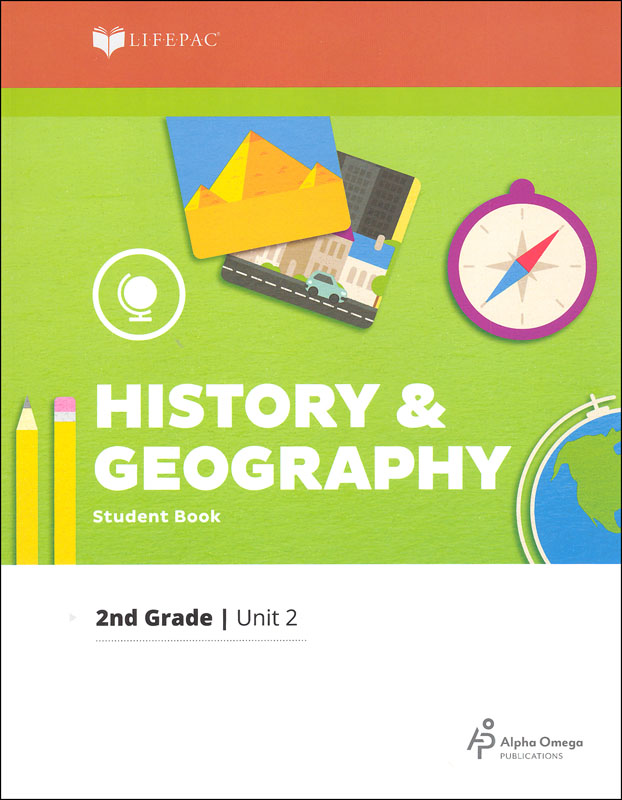 The LIFEPAC 2nd Grade History & Geography Unit 2 Worktext is filled with engaging lessons and lots of pictures and illustrations to reinforce and enrich content that covers the first settlers, the colonies of the New World, and the War for Independence, as well as important symbols and historical places. The second booklet in a ten-part series, this slim worktext can be completed in as little as three to four weeks and also contains regular self tests and a teacher-administered unit test.

1. Discuss why the settlers came to the New World.

2. Explain where the settlers landed in the New World.

4. Recall the problems the colonists had with Great Britain.

5. Tell how the colonists won their independence in the Revolutionary War.

6. Read about and understand some of the symbols that Americans have that remind them of the bravery of the early colonists.

Grade 2: Families & Neighbors, Community Helpers, Neighborhood Stores, Farms & Cities, Neighbors Around the World, A Japanese Family, How We Travel, Messages From Far and Near, Caring For Our Neighborhoods, People Depend on Each Other

Complete, easy-to-use curriculum with minimal teacher planning. LIFEPACs are like small worktexts. With ten per grade level, courses seem less intimidating to children. Moreover, many parents have commented that their children respond better to this mastery-learning approach than more free-form coursework, with better retention and understanding. For those yearning for more hands-on activities, use it as a framework to hang those fun, but supplemental, learning experiences on. Depending on your child's learning style and your lifestyle, LIFEPACs may fill the bill for one or several courses per year. It's easy to implement, easy to administer, easy to grade, and largely self-instructional. Grading is simple and consistent and from a Christian perspective. Complete boxed sets include Teacher's Guides with answer keys. For additional students, choose the LIFEPAC only sets.

Primary Subject
History/Geography
Grade
K
ISBN
9780740337222
Format
Paperback
Brand Name
Alpha Omega Publications
Weight
0.3 (lbs.)
Dimensions
11.0" x 8.38" x 0.12"
Powered by TurnTo
Questions that need answers | My Posts
Start typing your question and we'll check if it was already asked and answered. Learn More
Do not include HTML, links, references to other stores, pricing or contact info.
My question is about: 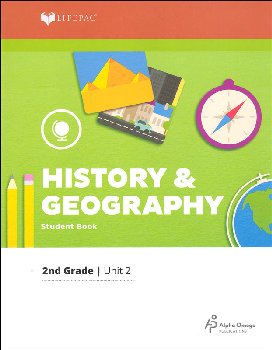