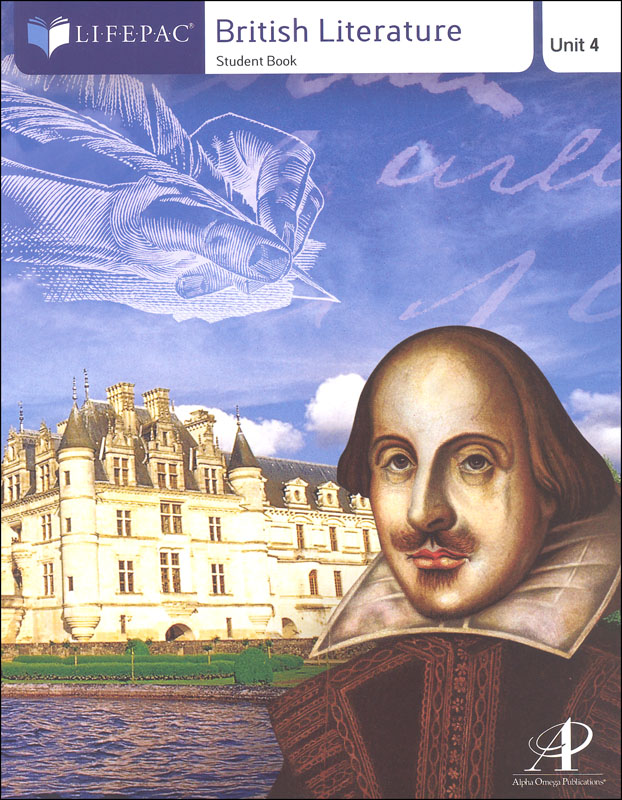 Enrich your homeschool student's language arts studies with the finest authors and poets in English literature! How? Just get the LIFEPAC British Literature Unit 4 Worktext from Alpha Omega Publications! Conveniently including many monumental English works in one text, this colorful, consumable elective worktext is filled with prominent, famous authors from Britain's Romantic and Victorian Eras. Made for 7-12 grade students, this appealing, Christian-focused elective includes such influential writers as William Wordsworth, Sir Walter Scott, Jane Austin, Charles Dickens, Robert Browning, and many more. Packed with quality selections, this fourth in a series of five literature curriculum worktexts is designed to deepen your student's understanding of English culture and literature. In addition, various question formats, in-depth author biographies, and interesting historical overviews are also included.

The LIFEPAC British Literature Unit 4 Worktext also has flexible, student-directed lessons that allow your child to read at his own pace! This ultra-thin, all-in-one Alpha Omega curriculum can be completed in about three to four weeks. This LIFEPAC worktext comes with consistent reviews, self tests, and one removable teacher-administered unit test—all included right inside the text.

This semester-long course introduces students to important British authors. Periods covered include: the Middle Ages; Tudor, Stuart, Restoration and Neoclassical Period; Romantic Period; Victorian Age; and the Modern Era. Boxed Set includes five LIFEPACs and a Teacher Guide. A set of LIFEPACs only (no teacher's guide) is also available for additional students, and LIFEPACs and Teacher's Guide are available individually as well. 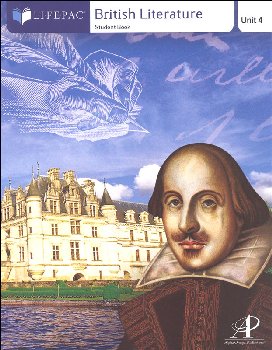