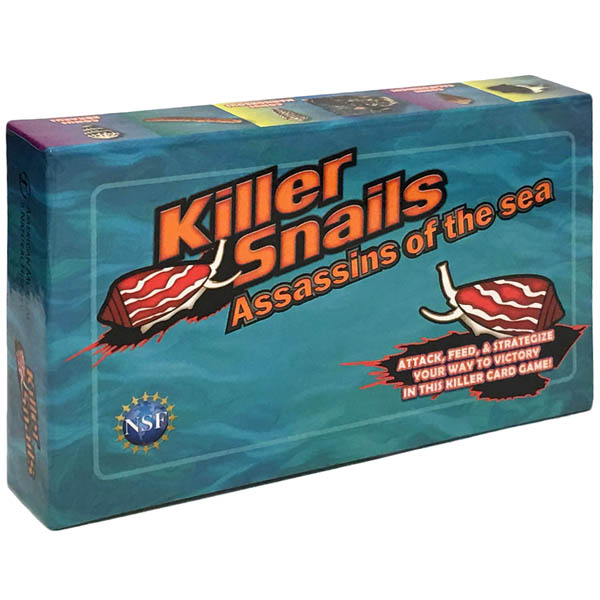 In this deck-building strategy game, players take on the role of research scientist, collecting and feeding predatory snails and harvesting their venom to build life-saving drugs from the venom's peptides. The goal combination of peptides is different in each game. Predator cards (lobsters, sting rays and turtles) can be used against other players' snails and Action cards including "Research" and "Tsunami Wave" disrupt gameplay or give some players special actions, so strategy can change as the game progresses. Players learn about real world marine biology and the ocean ecosystem, as the game was developed in collaboration with the American Museum of Natural History. 2-4 players; 30-45 minutes/game.

Assassins of the Sea is a strategic deck-building tabletop and digital game game where middle and high school students are scientists learning about venomous marine snails and competing to build the winning venom arsenal of potentially life-saving peptide compounds. 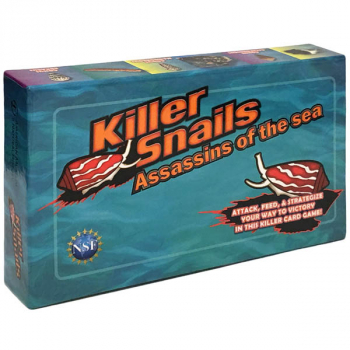