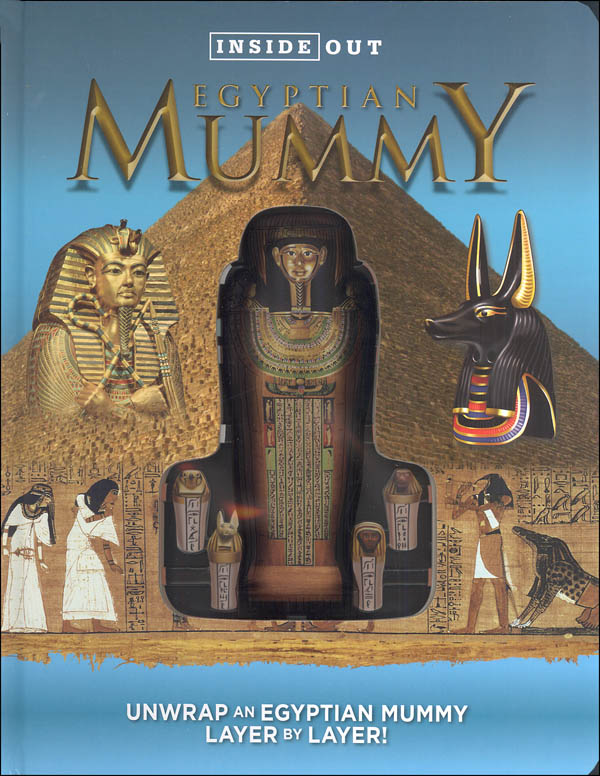 Inside Out: Egyptian Mummy

Unwrap the mystery of Egyptian mummies one layer at a time as you flip through this book – literally! Each page has a die-cut layer of a mummy, from the coffin, through the amulets and wrappings, to the body itself, and beyond to the canopic jars and the tomb. Packed with information about ancient Egyptian customs and beliefs about burial and the afterlife, this book explores Egyptian gods and goddesses, hieroglyphs, famous tombs and archeological finds, the mummification process, and more alongside full-color illustrations and pictures. 16 pgs, bb. ~Rachel E.

Calling all explorers and archaeologists! Inside Out: Egyptian Mummy comes with everything you need to start an Egyptian adventure, from discovering a tomb to unwrapping a mummy.

Though the ancient civilization of Egypt may be long gone, its dead still have secrets to tell. From the myth of Isis and Osiris, to King Tut's tomb, to the intricacies of preparing the body for its underworld journey, Inside Out: Egyptian Mummy takes you step by step into a tomb. Get a fascinating glimpse into how an ancient culture saw death and the afterlife beyond.

That isn't all though! Alongside beautiful illustrations and photographs, an interactive die-cut model reveals the many rites of the Egyptian tomb. You will be amazed by everything from the iconic golden burial mask, to the lucky amulets the dead were buried with, protective linen wrappings, and even the mummified body and preserved sacred organs. And when it comes to hieroglyphics, hidden burial grounds, and missing treasure, there's always more to uncover, so get your start now, who knows where your journeys will take you! 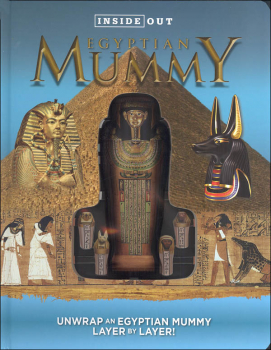