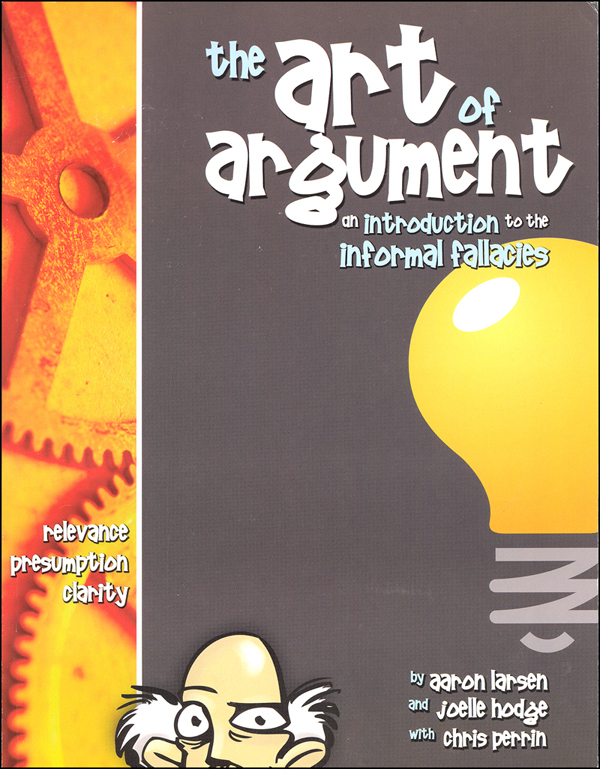 Category Description for Art of Argument:

Socrates is the "go to" person when it comes to fallacies (occurrence of bad or incorrect reasoning) and his perspective on the three basic categories - fallacies of irrelevance (points that don't relate to the issue), of presumption (assumptions that are not justified or necessary), and of clarity (language that confuses and muddies) - is sought via time-travel. Several examples of each are provided plus the student has the opportunity to identify fallacies in cleverly fabricated magazine advertisements. Fallacies are printed on the inside covers of the Student Text for easy reference. Both Student and TE (each about 230 pgs, pb) have appendices that include a play and a short story that illustrate fallacies as well as a Glossary and Bibliography. TE includes reproducible chapter, unit, and final exams (with answer key). DVDs include 28 sessions (one for each fallacy) in which three teachers and 4 students present, define, discuss and explain the fallacy. As in the text, the DVDs emphasize a practical application to the student's life through advertisements, political speeches, and various moral/ethical debates.

Powered by TurnTo
Review More Purchases | My Posts
4.0 / 5.0
3 Reviews
5 Stars
4 Stars
3 Stars
2 Stars
1 Star
2
0
0
1
0
a good fit for a 7th grader
My daughter really enjoys this book
November 6, 2017
Lenka W
Purchased
over 3 years ago
Topics too mature for upper elementary grades
After reading the lessons of the first unit, I decided that many of the sample arguments, which are tied directly to the lessons, were too mature for my upper elementary grade students. Some of the topics introduced included abortion, criticism of past presidents, and Sigmund Freud's proposal that people without positive relationships with their own fathers "wish for and imagine a God who is a great, cosmic father figure who offers the things they missed in their relationships with their own fathers." (p 47 of The Art of Argument)
August 23, 2017
User
Easy to use
We used this as part of my daughter's half credit Informal Logic course. The lessons are short and easy to understand. The text is entertaining with practical application examples for most lessons. The short answer work for each lesson was not overwhelming. The text is layed out well, with plenty of aids to help a high schooler determine what points are important to study for the tests.
I would recommend this curriculum.
June 17, 2016
User
Purchased
over 5 years ago 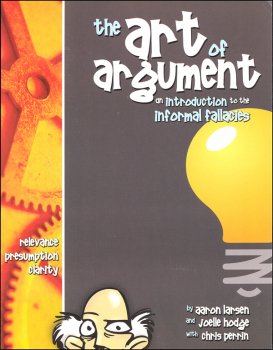