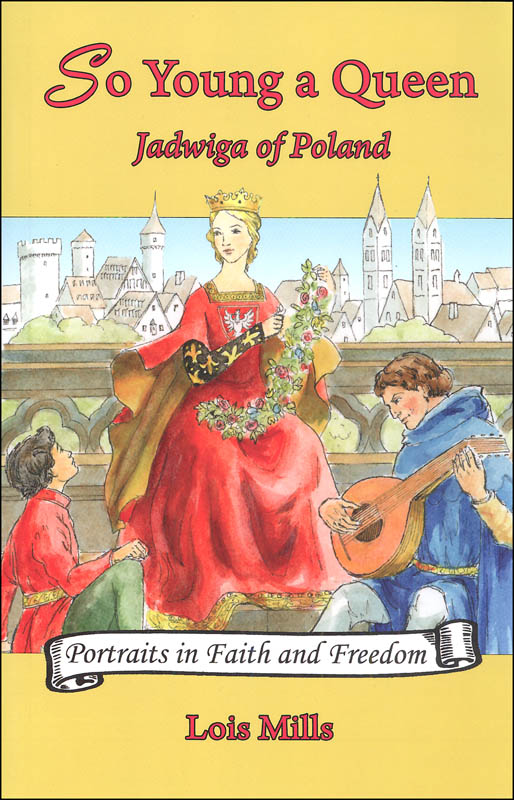 So Young a Queen: Jadwiga of Poland (Portraits in Faith and Freedom)

Jadwiga of Poland (1374-1399) was prepared to rule from the time she was small child. Although betrothed at the age of 5 to Prince William of Austria, she had to marry Jagiello of Lithuania in order to keep peace between their countries. Putting aside her personal feelings, they were married and their countries reaped benefits of their union for many years to come. 157 pgs.

Hungarian Princess Jadwiga (Yahd VEE gah) has been prepared from birth to put the peace and prosperity of nations above her own desires. Betrothed in 1378 at the age of five to Prince William of Austria, their education has included spending time in each other's court for careful training as future rulers. When the balance of power in Central Europe unexpectedly shifts, the Council from faraway Poland demands that Jadwiga become their monarch. The eleven-year-old girl is soon traveling north to Krakow where she is crowned queen in Wawel Cathedral, swearing "to keep and maintain the rights and liberties granted by the righteous Christian kings of Poland. And she means to do it. However, when Poland's Council insists upon her marrying the fierce pagan Prince Jagiello of Lithuania instead of William, Jadwiga passionately resists. The intense struggle in which this young queen lays down her personal hopes and gives her entire life to the fulfillment of a peaceful union between Poland and Lithuanialong referred to as "The wedding ring of Jadwigawill have far-reaching consequences in her own time and in the years to come. Jadwiga, "White Dove of Poland, was canonized a saint in 1997 by Pope John Paul II.

Category Description for Portraits in Faith and Freedom Series:

These biographies were originally printed in the 1950s and 60s as a reminder of the contributions of these important Catholic figures in history. They help to reflect on the importance of faith in the role of freedom today. A helpful timeline can be found at the back of each book. They have been slightly edited for readers of today. pb. 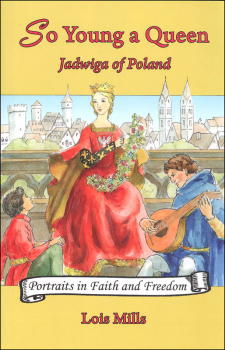