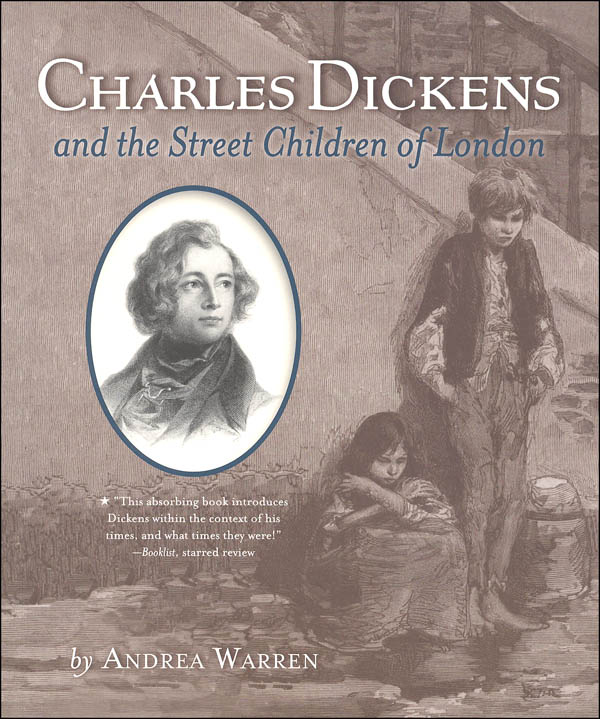 Charles Dickens and the Street Children of London

We typically equate Charles Dickens with his world famous novel, A Christmas Carol, but he wrote over 15 novels, many which focused on the poor and society’s response—with an aim for positive change. This biography, by award-winning author Andrea Warren, is specifically designed for middle school and up (approx. 8th grade reading level). Not at all dry, this book does cover some difficult topics. You’ll learn that Dickens personally experienced some of the things in his novels: he lacked education, was forced into child labor, was raised in a broken family, and his father was imprisoned for debt. His life example will inspire students to use their talents to improve their world. Includes illustrations/photos and brief, focused articles on Queen Victoria, the workhouse, a description of today’s child labor and how to influence change, recommended websites, notes, selected bibliography, works consulted, list of Dickens’ major works, note to readers, acknowledgements and index. 156 pgs, pb. ~ Ruth

Provoked by the horrors he saw every day, Charles Dickens wrote novels that were originally intended as instruments for social change -- to save his country's children.

Charles Dickens is best known for his contributions to the world of literature, but during his young life, Dickens witnessed terrible things that stayed with him: families starving in doorways, babies being "dropped" on streets by mothers too poor to care for them, and a stunning lack of compassion from the upper class. After his family went into debt and he found himself working at a shoe-polish factory, Dickens soon realized that the members of the lower class were no different than he, and, even worse, they were given no chance to better themselves. It was then that he decided to use his greatest talent, his writing ability, to tell the stories of those who had no voice.

In this book, award-winning author Andrea Warren takes readers on a journey into the workhouses, slums, factories, and schools of Victorian England, and into the world of a beloved writer who used his pen to do battle on behalf of the poor, becoming one of the greatest reformers of his or any age. 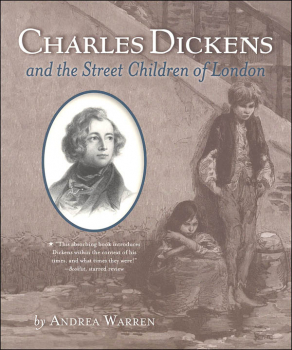