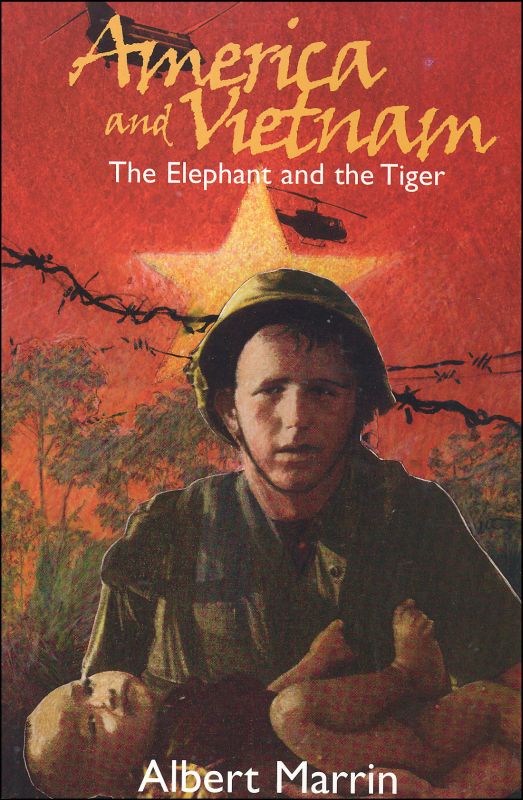 America and Vietnam: The Elephant and the Tiger

The story of the Vietnam War is a complicated one, and one that I still find a little confusing myself. Author Albert Marrin must have found it equally so. As he writes in his introduction, although he lived during the war and had actively followed the news at the time, he ended up spending months - even years - researching for this book, reading hundreds of books, articles, and personal accounts of the war, as well as interviewing men who had served during the war. And I believe that the results of so much research were well worth the effort and go a long way in helping readers better understand the conflict itself, as well as the bigger picture. To help readers get a feel for the country and its people, Marrin starts his story back at the early settlement of Vietnam, and the long-continuing struggle of the Vietnamese to remain independent from their Northern neighbor, China. He continues his story with the French colonization of the area, the spread of Communism into Vietnam, the "splitting" of Vietnam into two general parts, and all the developments in between and beyond that attributed to the buildup of the war. Marrin's writing is absorbing, full of details that make it seem as if readers were there, and is almost hard to put down. Occasional maps and black-and-white photos add visual interest as well. Overall, a thorough and well-written account of what is often thought of as a somewhat "uncomfortable" topic in our history. - Jess 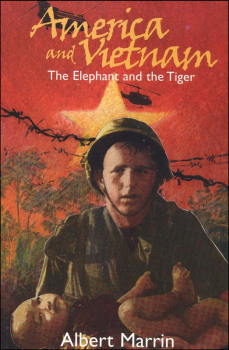