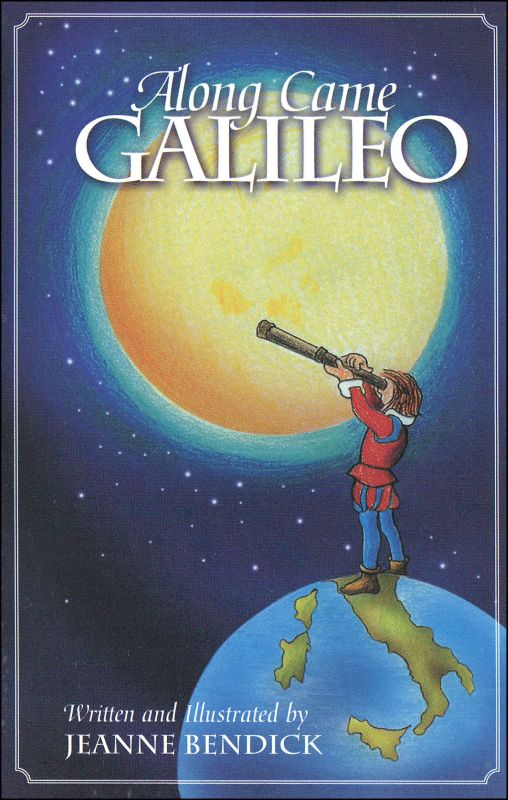 In Galileo's time, people didn't study with the purpose of learning new things. Instead, they studied what people before them had believed, like Aristotle and Ptolemy, two of the ancient Greek thinkers who had lived years before. It was not popular to have new ideas, but that didn't stop Galileo. Practically from the time he began school, Galileo was learning new things and challenging the old ideas through experiments and tests. This book shares the story of the man who had the courage and determination to ask questions and prove that he was right to a world that was not ready for his methods. Students will learn much about the world of Galileo as well as his scientific ideas through this interesting, readable book. 95 pages.

A terrific book to introduce children to a great scientist, some of his scientific forebears, and his significant scientific ideas and discoveries. - Cathy Duffy Reviews

One of the most important figures to come out of the awakening world of the Renaissance was Galileo Galelei. Galileo was forever asking questions. Is it possible to measure heat? Can you weigh air? Does the earth stand still or does it move? How fast do objects fall to the earth? These questions, and his answers to them, led to some of the most important discoveries ever in astronomy, physics, mathematics, and the natural world.

Among his many accomplishments Galileo advanced the astronomical telescope and invented the compound microscope. He measured the rotation of the sun, invented the thermometer, a geometrical compass, and the pendulum clock. He was a man of faith, a lover of art and an accomplished artist. He played the lute and enjoyed working in his garden. He was the first to see, through the lens of the telescope, the sights and wonders of our galaxy that moved him to profound gratitude to God. He was so ahead of his time that his discoveries caused him to be the object of persecution and injustice.

Through her whimsical illustrations and her bright and engaging text Jeanne Bendick has provided the middle reader with Galileo's inspiring story. 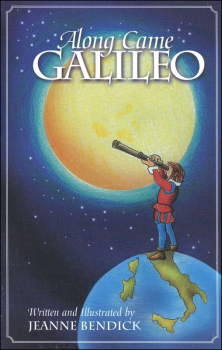