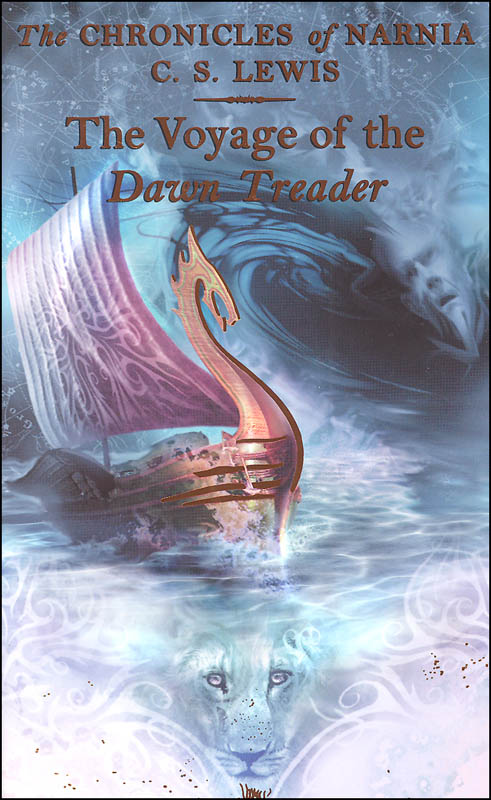 Voyage of the Dawn Treader (Chronicles of Narnia Book 3)

In the fifth book, Lucy, Edmund, and their peevish cousin Eustace sail to the land of Narnia on a ship called the Dawn Treader. The King of Narnia, Caspian, is on board, and the group encounters many adventures as they sail to the edge of the world. They get captured by slave traders, come across strange lands with unusual creatures, and poor Eustace even turns into a dragon!

A mass-market paperback of The Voyage of the Dawn Treader, book five in the classic fantasy series, The Chronicles of Narnia, featuring cover art by Cliff Nielsen and black-and-white interior illustrations by the original illustrator, Pauline Baynes.

A king and some unexpected companions embark on a voyage that will take them beyond all known lands. As they sail farther and farther from charted waters, they discover that their quest is more than they imagined and that the world's end is only the beginning.

The Voyage of the Dawn Treader is the fifth book in C. S. Lewis's classic fantasy series, a series that has been drawing readers of all ages into a magical land with unforgettable characters for over sixty years. This is a novel that stands on its own, but if you would like to continue to the journey, read The Silver Chair, the sixth book in The Chronicles of Narnia. 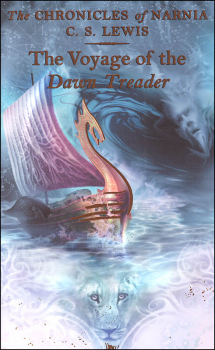