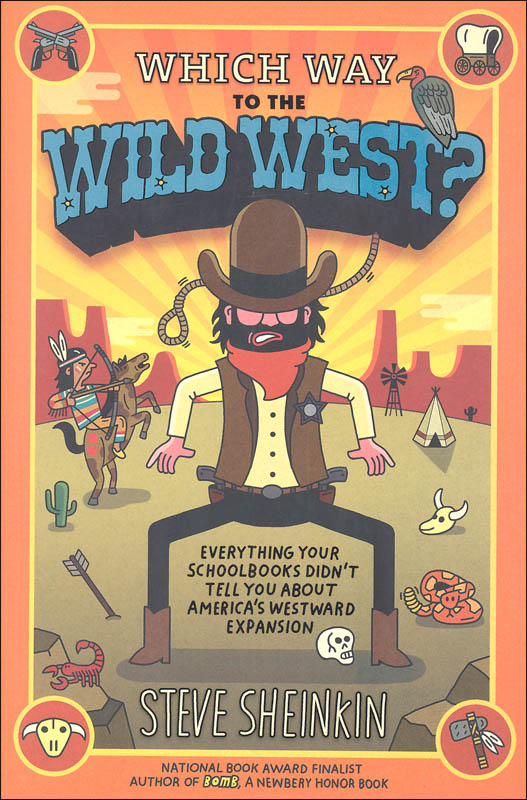 Which Way to the Wild West?

Subtitled "Everything Your Schoolbooks Didn't Tell You About America's Westward Expansion," this book approaches US history in a fun, often humorous way. The author, Steve Sheinkin, was previously a textbook writer, and he explains in the forward that he wasn't able to use all the stories he came across while researching for his textbooks, so he decided to put those stories here. You won't find boring charts, lists, graphs, dates, and review questions in this book; instead, you will find memorable stories and anecdotes that cover the period from the Louisiana Purchase through the Lakota massacre at Wounded Knee in 1890. For example, did you know that explorer William Clark was a poor speller? Or that pioneers burned a mixture of cow chips and dried buffalo for fuel when wood was scarce? Humorous cartoon illustrations and maps add visual interest to this unconventional (yet thorough) look at westward expansion. At the end of the book you'll find additional details about people mentioned in the book, a bibliography, a list of quotes, and an index. This revised edition adds an interview with the author and an excerpt from King George: What was His Problem?278 pgs, pb. ~ Lisa

History--with the good bits put back. Welcome to the thrilling, tragic, and downright wild adventure of America's westward expansion.

1805: Explorer William Clark reaches the Pacific Ocean and pens the badly spelled line "Ocian in view! O! the joy! (Hey, he was an explorer, not a librarian.)

1836: Mexican general Santa Anna surrounds the Alamo, trapping 180 Texans inside and prompting Texan William Travis to declare, "I shall never surrender or retreat.

1861: Two railroad companies, one starting in the West and one in the East, start a race to lay the most track and create a transcontinental railroad.

With a storyteller's voice and attention to the details that make history real and interesting, Steve Sheinkin's Which Way to the Wild West? delivers America's greatest adventure. From the Louisiana Purchase (remember: if you're negotiating a treaty for your country, play it cool.) to the gold rush (there were only three ways to get to California--all of them bad) to the life of the cowboy, the Indian wars, and the everyday happenings that defined living on the frontier.

Which Way to the Wild West? Everything Your Schoolbooks Didn't Tell You About America's Westward Expansion by Steve Sheinkin, National Book Award Finalist Author of Bomb, a Newberry Honor Book, is a fun, funny way for young readers to learn about a chapter of American history. 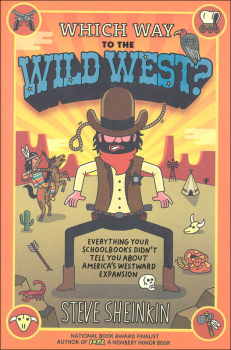