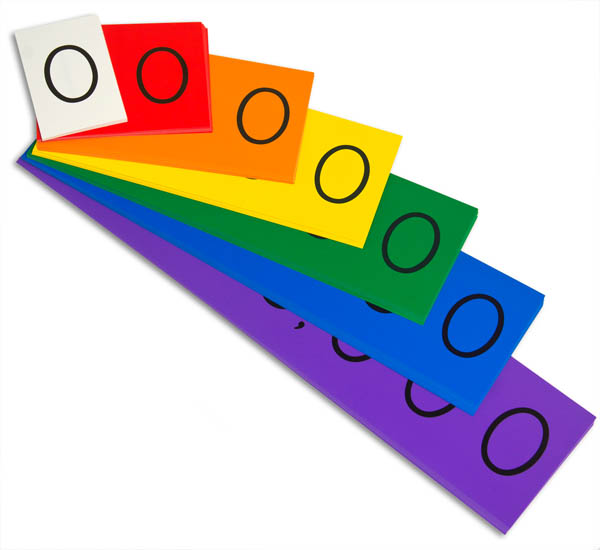 Slide into place value with these color-coded cards!
These color-coded cards provide students with a visual representation of place value and help them develop number sense. (Color-coding matches Sensational Math Place Value Discs) The cards are all 4" high and range in length from 2.5" to 17.5" depending on place value. Each set is packaged in a zip-lock bag for handy storage. 10 each of 7 values: ones, tens, hundreds, thousands, ten thousands, hundred thousands, millions. 70 cards total. 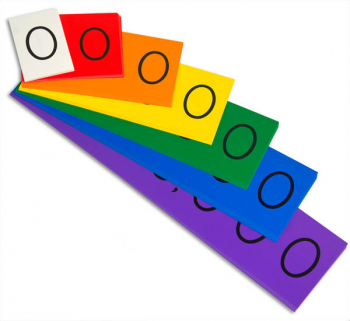