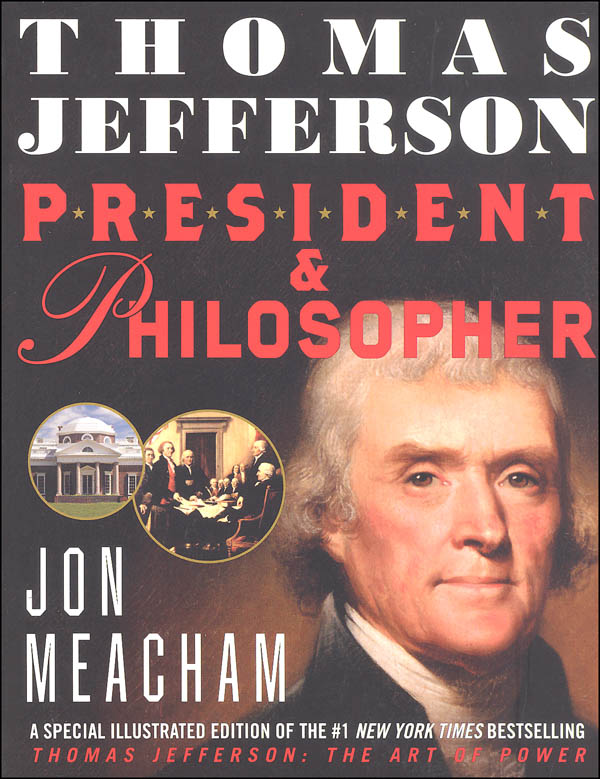 What a wonderfully detailed biography of one of our Founding Fathers and third United States President, Thomas Jefferson. He was a very well-educated man, knowing much about science, politics, history, architecture, and multiple languages. He was a strong advocate for equal law and equal rights, believing that freedom and hope for the country was in the hands of the citizens. He faced many challenges during his political climb, but not in vain. Well-known and respected, Jefferson helped shape the strong foundation of America. This illustrated edition of the Pulitzer Prize winner features many individual portraits of political figures, famous buildings, landmarks, documents, and more—each labeled with a name and brief explanation of the picture. 321 pgs, pb.

In this special illustrated edition of the #1 New York Times bestselling Thomas Jefferson: The Art of Power by Pulitzer Prize-winning author Jon Meacham, young readers will learn about the life and political philosophy of one of our Founding Fathers. This book is a must-read for Presidents' Day!

Thomas Jefferson was the third president of the United States. He was one of the authors of the Declaration of Independence. But he was also a lawyer and an ambassador, an inventor and a scientist. He had a wide range of interests and hobbies, but his consuming interest was the survival and success of the United States.

This book contains a note from Meacham and over 100 archival illustrations, as well as sections throughout the text about subjects such as the Boston Tea Party, the Library of Congress, and Napolon Bonaparte. Additional materials include a time line; a family tree; a Whos Who in Jeffersons world; sections on Jeffersons original writings and correspondence, "inventions," interests, places in Jeffersons world, finding Jefferson in the United States today, additional reading, organizations, and websites; notes; a bibliography; and an index. This adaptation, ideal for those interested in American presidents, biographies, and the founding of the American republic, is an excellent example of informational writing and reflects Meachams extensive research using primary source material. 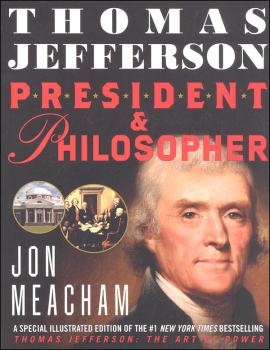